Congratulations Year 1 - tonight you were awarded a Silver certificate in the Ware Town allotment holder awards! We also got a good bag with a few useful items, some seeds and a Teddy bear. 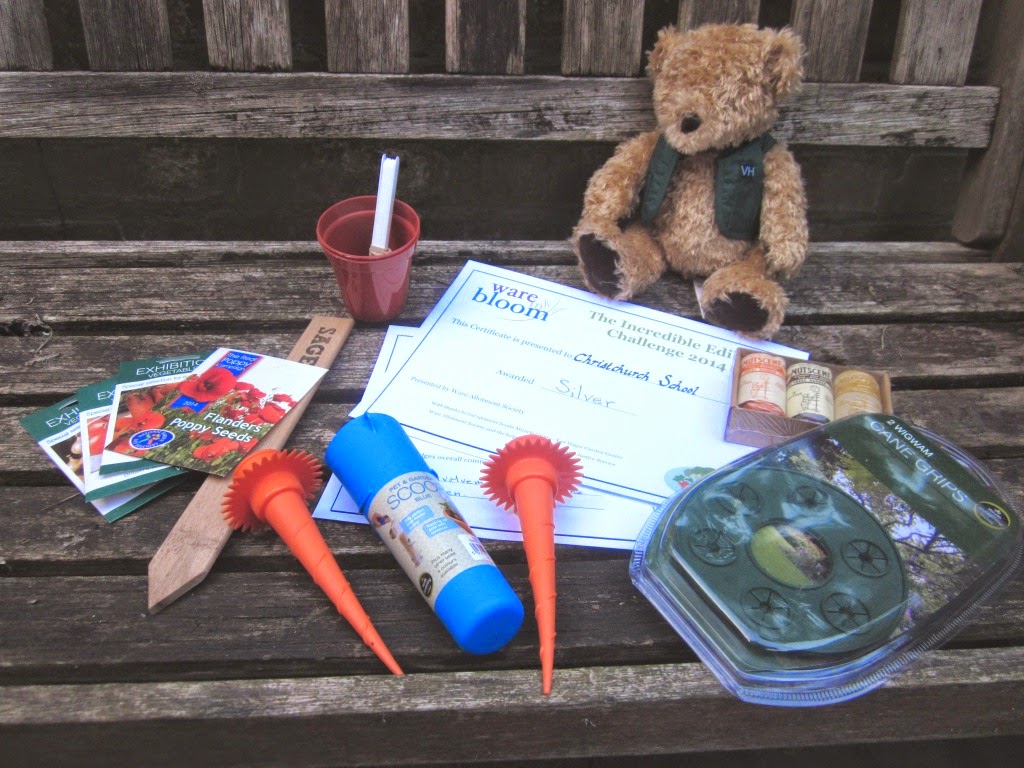 Posted by Mrs Matthews at 20:53 No comments:

For the last few years, Year One have taken part in the Ware in Bloom wheelbarrow competition. This year a new challenge was launched and we accepted our mission - to become "allotment holders" and grow things we could eat. Can you identify these plants? 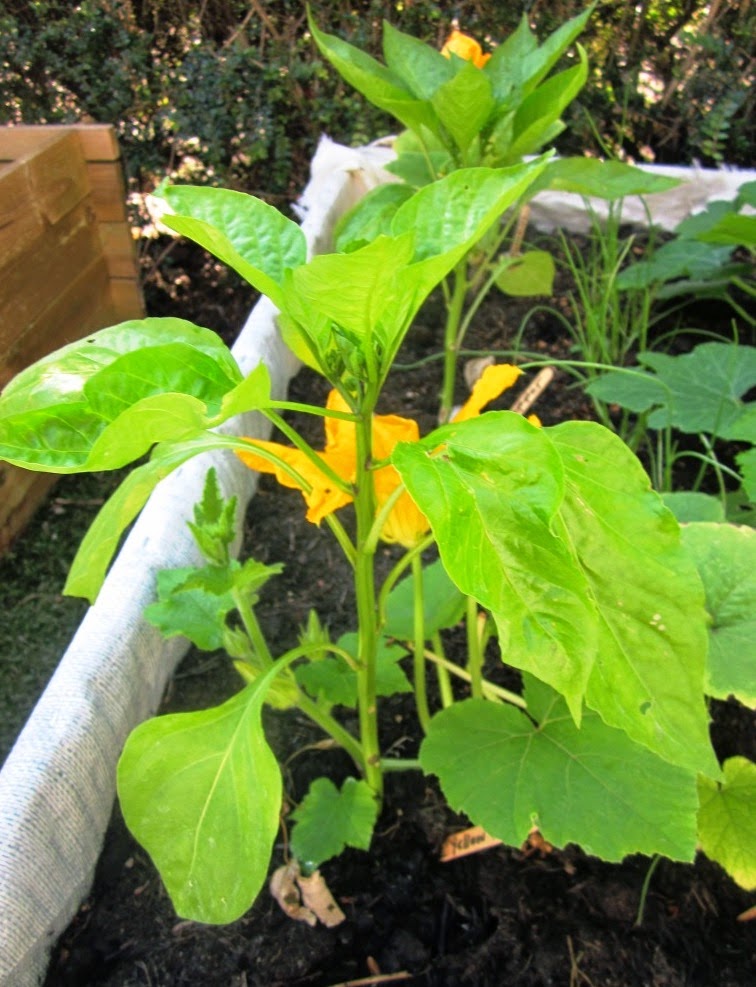 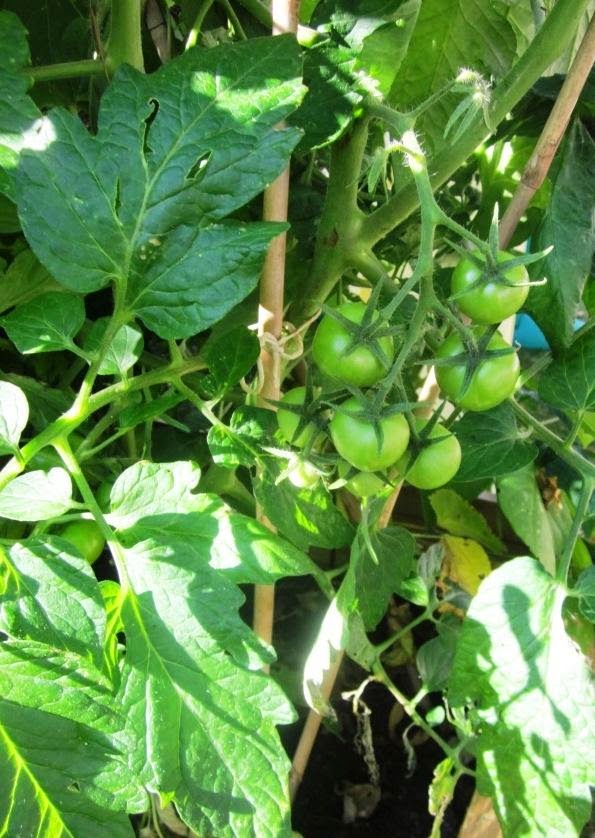 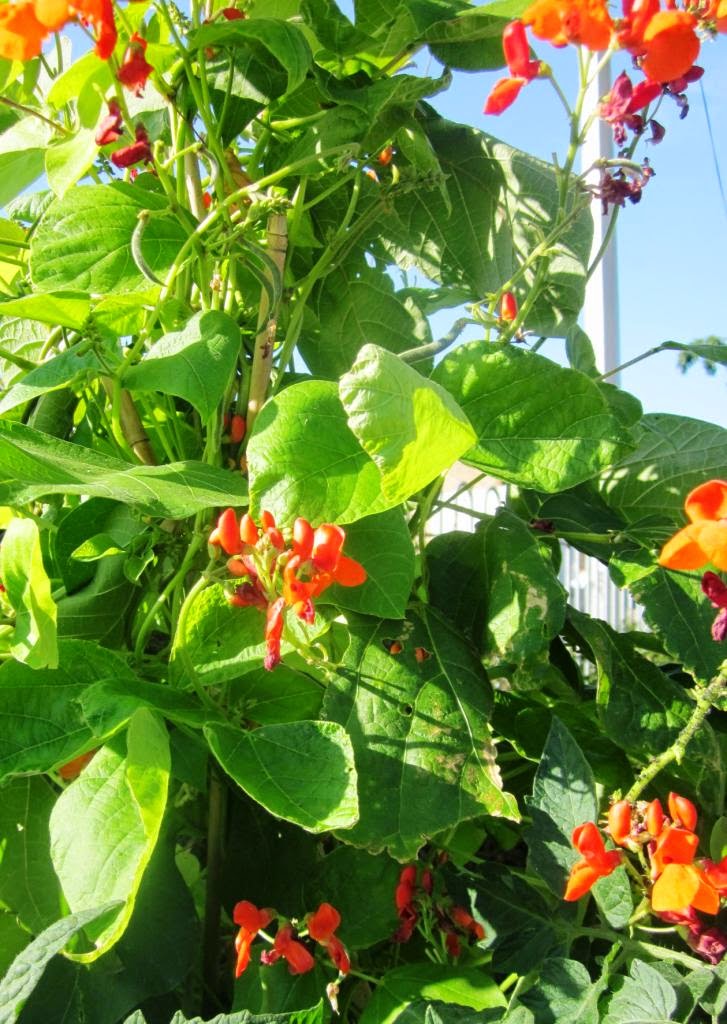 Today Ware in Bloom judges visited us and learnt about our plots. They also gave us some useful advice for the future. Thank you. 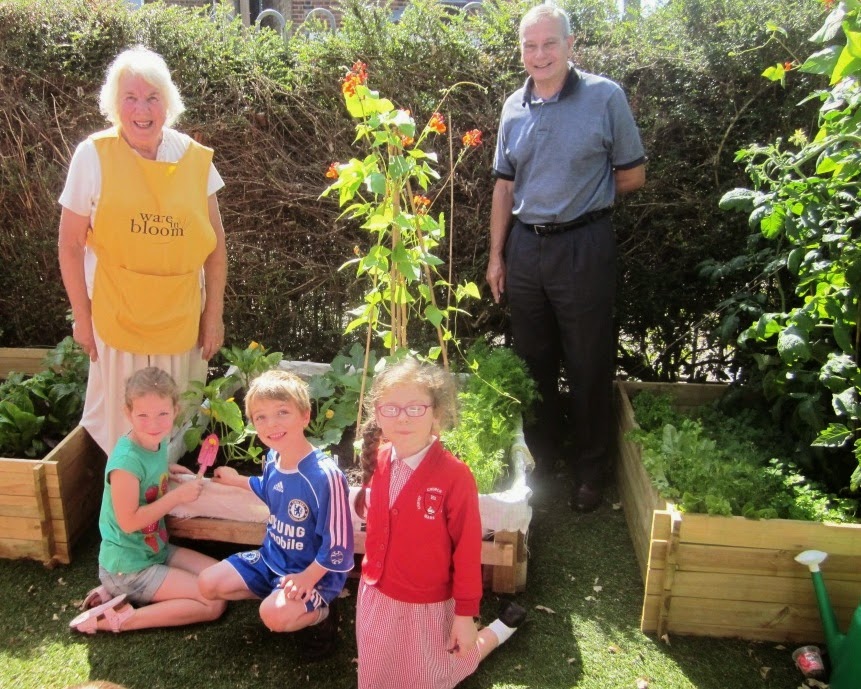 Now that the judging was over we were free to sample some of the fruits of our labour. We harvested, cooked and ate. Potato salad was made with fresh herbs mixed in, mixed salad leaves eaten, radish was "tested" and most the class tried a bit of everything, even if they thought they did not like it. 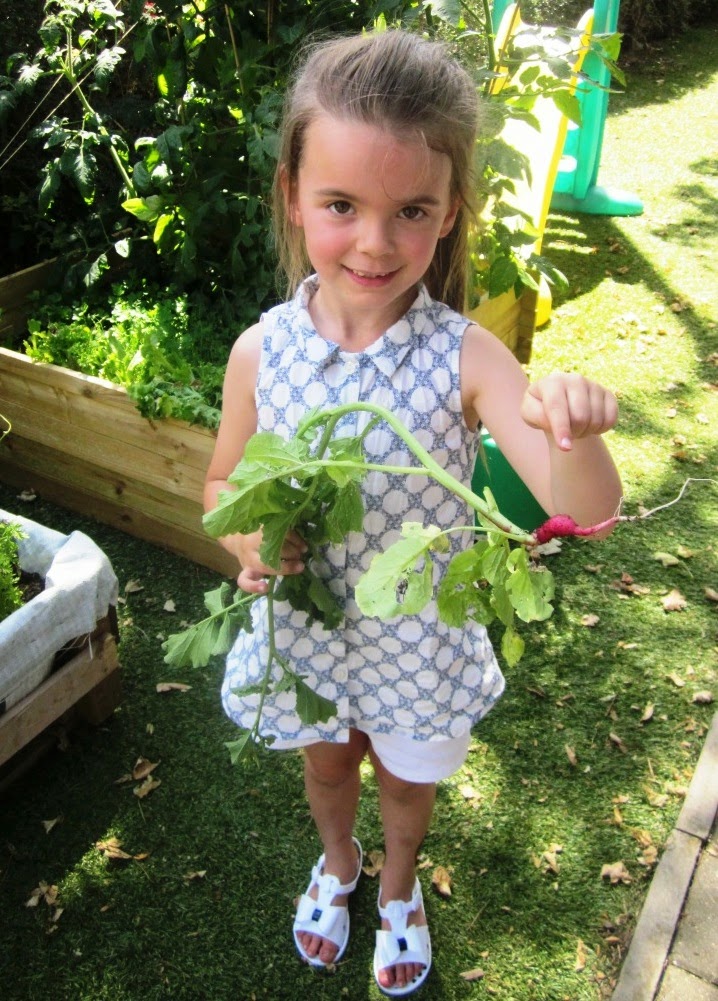 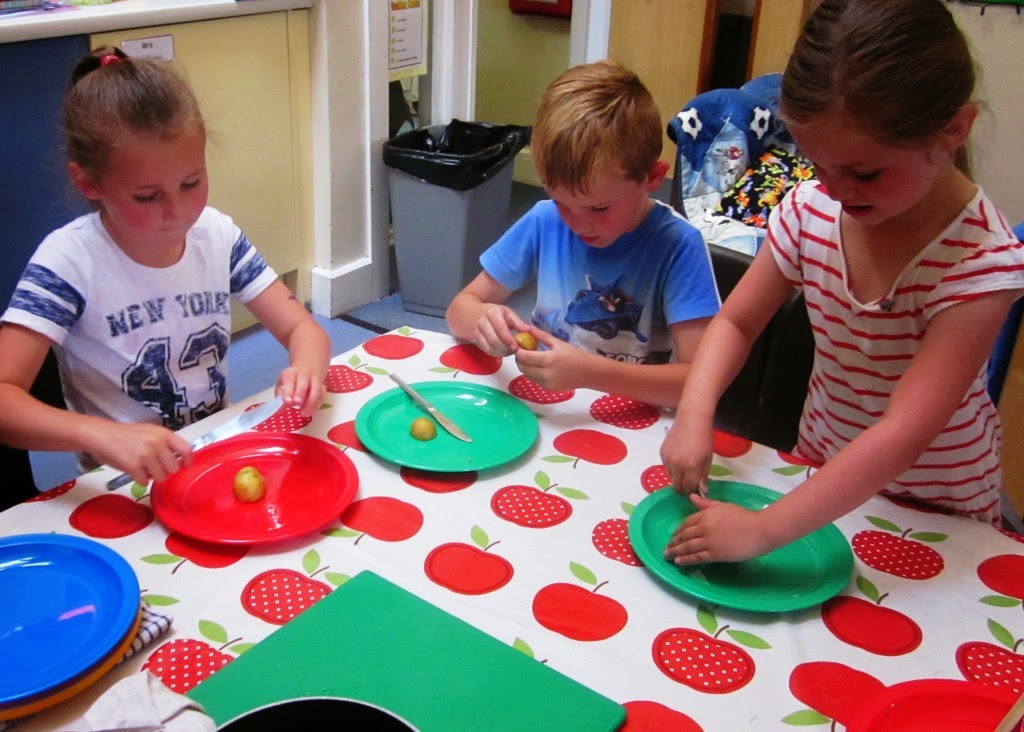 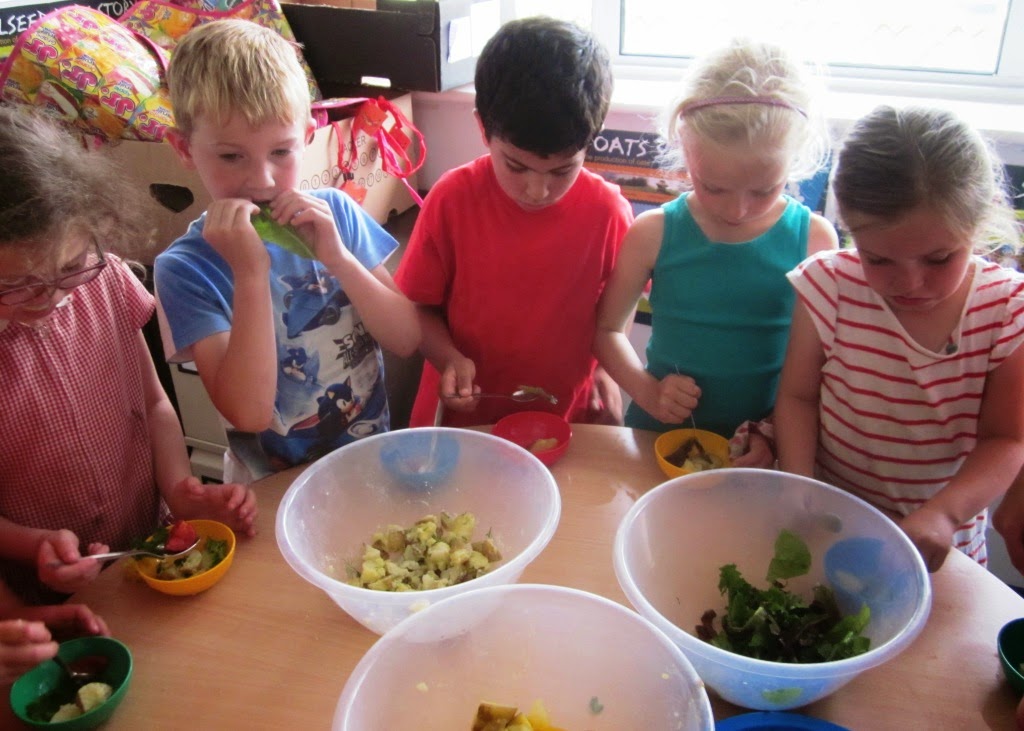 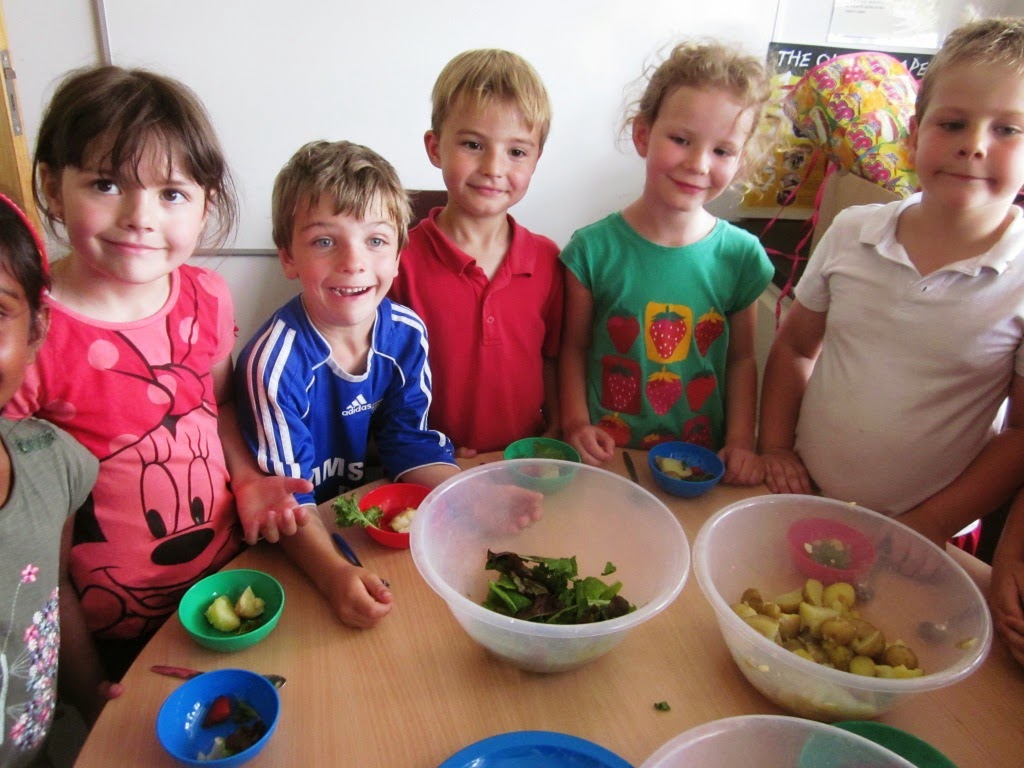 By the way, the lack of uniform is because it was also our Gambia fund rasing event today and so we all wore the colours of the Gambian flag. Can you guess what they are?
Posted by Mrs Matthews at 19:03 1 comment:

In KS1 we like to include the children's own interests in our planning. This year you may have noticed that the film Frozen has been a big point of interest for most of the children. 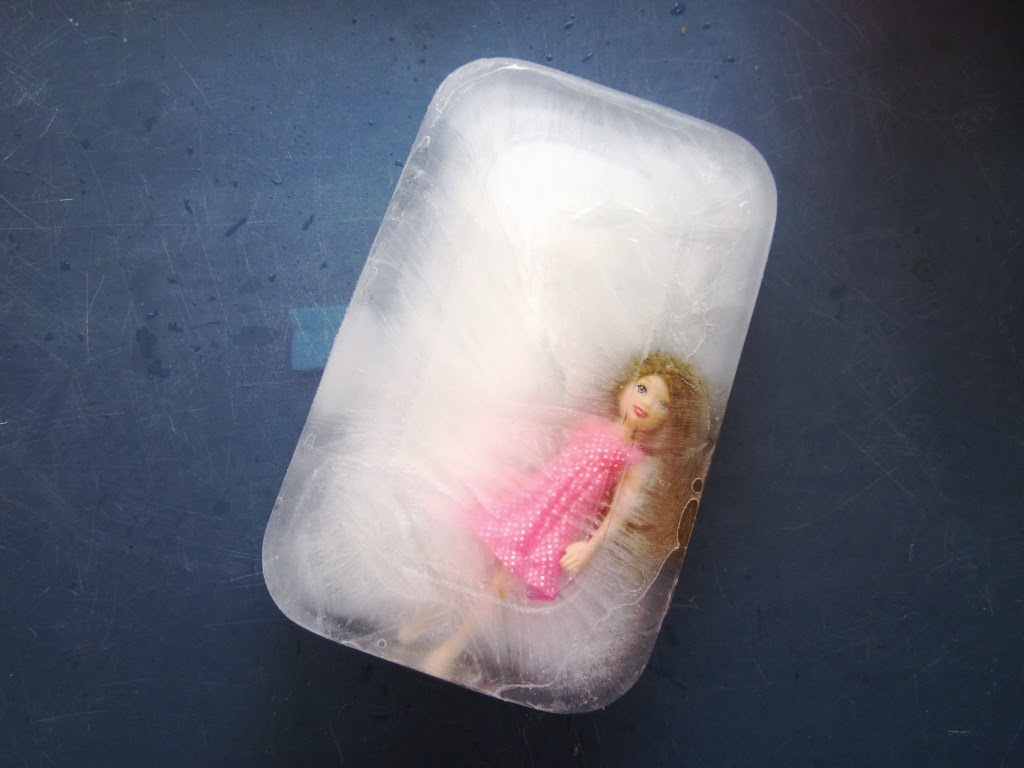 In our joint Year 1 time, the children discovered that the Snow Queen had been and she had frozen a princess (Polly Pocket) into a block of ice. The children put Princess Polly in a safe place and we left her to thaw...this took a long time and she did not escape until the following day. The children talked about how the ice was melted in Frozen and came up with a list of ideas. These ranged from in the microwave to sunshine. 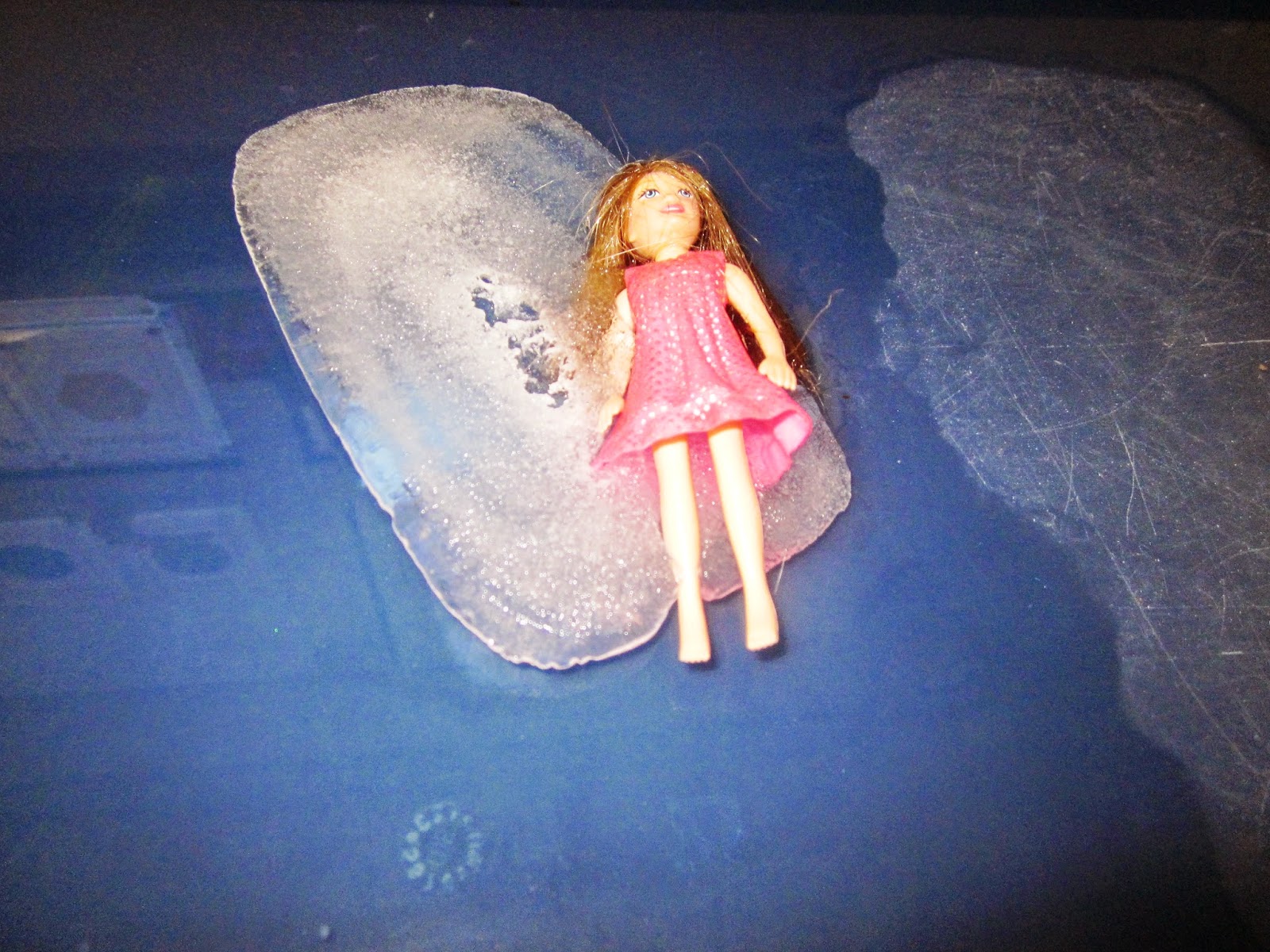 The following week we tried out some of these ideas, however to save any Princesses from further harm we only used ice cubes! The children drew up a list, predicted which would be quickest and which would be slowest, they tested their ideas and recorded the results. We found that just leaving the ice cube took the longest, where as the microwave only took 44 seconds to totally melt it, beating the oven, salt, hot water, cold water, the sun, the classroom, our hands and a heater.

As part of literacy, Hargreaves class then read the Snow Queen, learnt a simple version of it and re-told it using story maps and actions. They then contrasted this to Frozen and looked for similarities and differences.

After this they wrote their own version on the story, keeping some of the original elements/ideas and changing others. The Group story was about two brother who defeated the Snow King with a sword of flames.

As an end of term treat most children in KS1 were able to watch the film Frozen and I think we all know the words of every song now!
Posted by Mrs Matthews at 14:18 No comments:

Chauncy Community day - a day where KS1 and Year 3 and Year 4 got to spend the day enjoying the activities Chauncy had on offer. A huge variety of activities took place, from Maths and Science to Dance and Art. We had a great day, thank you.

I was with Hargreaves class and so here is a small sample of our day....

Email ThisBlogThis!Share to TwitterShare to FacebookShare to Pinterest
Labels: Year 1 and 2, Year 3 and 4

Most of our plants are thriving and we are seeing the fruits of our labour! Today we harvested our potato crop. (We have other plants ready, but need to wait until next Wednesday, when Ware in Bloom visit, before we can pick them!). We then weighed our potatoes and will soon be cooking them.


This also fulfils part of our Science curriculum, which requires us to be able to decribe, obnserve and suggest answers to questions, as well as record data and identify plants.

Posted by Mrs Matthews at 22:02 No comments: