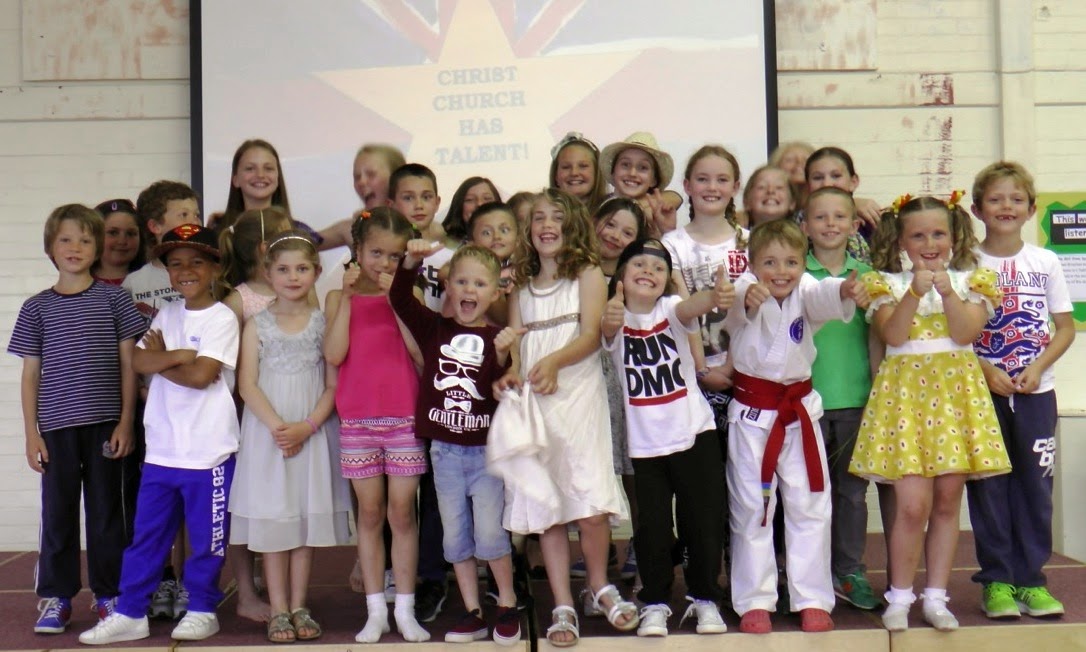 Our first ever ‘Christ Church Has Talent’ was held on 19 June – and what a fantastic night it turned out to be. The hall was packed with family and friends waiting to cheer on our performers and the atmosphere could not have been better.

First to take the stage was Phoebe from Year 5, who performed an outstanding routine to ‘Naughty’ from Matilda, incorporating singing, dancing and acting. It’s not easy going first but Phoebe was a confident performer and put the audience at ease. Next up was Harley from Year 4, with an impressive street dance routine to a Tinie Tempah song. This was followed by some funky hula-hooping to ‘Gangnam Style’ by Year 3’s Evie, which got everyone clapping along.

Elsa from Year 1 then delivered a beautiful rendition of ‘Let It Go’ from Frozen, which was followed by a hilarious comedy routine from Jack in Year 1 – watch out Michael McIntyre! The audience was then treated to a fierce karate display from Year 2’s Jack, before Layla (Year 1) and Mia  (Year 2) impressed with their hula-hooping to ‘Jump’ by Kris Kross.

Year 5’s Libby, Bella  and Olivia performed a great version of ‘A Billion Girls’ by Elyar Fox, which was followed by Hannah, also of Year 5. Hannah sang to the Whitney Houston classic ‘I Have Nothing’, and coped perfectly with some difficult key changes. Alfie  of Year 2 then showed us his dancing skills with an excellent routine to Ant n Dec’s ‘Let’s Get Ready to Rumble’, before the first half came to a close with a beautiful performance from Hope  in Year 5. Hope impressed the audience by playing piano and singing to ‘Do You Wanna Build a Snowman’ from Frozen. 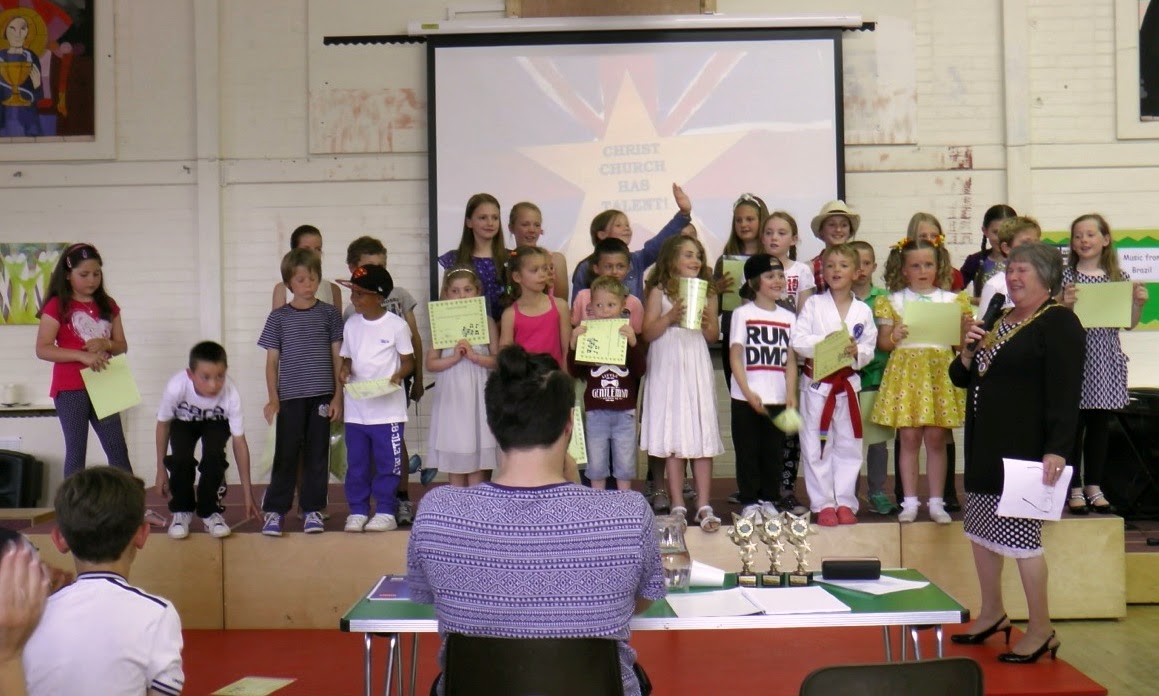 After a short interval, the second half began with a perfect rendition of ‘Beauty and the Beast’ on piano by Helena of Year 5. This was followed by some impressive hula hooping from Molly  in Year 4, who performed to ‘Heart Skips A Beat’ by Olly Murs. Talitha of Year 6 then took to the stage and delivered a beautiful version of ‘Burn’ by Ellie Goulding.

The audience was then treated to some amazing dancing skills; first, from Year 2’s Jamie, who showed off some super-cool street dance moves to Snap’s ‘The Power’, which ended in him throwing his cap towards the judges (luckily the Mayor wasn’t injured!). This was followed by an acrobatic dance display from Isabel in Year 5, who got the audience cheering by flipping her way across the stage to ‘Timber’ by Kesha.

Katie from Year 1 then delivered an excellent version of ‘Do You Wanna Build A Snowman’ from Frozen, before Year 4’s Tommy got everyone laughing with his cheeky comedy routine. Natasha from Year 3 impressed with her fantastic singing voice, performing to ‘Listen’ by Beyonce, and was followed by another Year 3 performer, Julian on guitar, who looked every inch a rock star in the making!

Amelie from Year 5 sang beautifully to ‘I Dreamed A Dream’ from Les Miserables, and was followed on stage by her brother Archie, who performed an impressive diablo routine with fellow year 3 performers Milo and Ashton. The final act of the night was Year 1’s Tilly, who received a huge round of applause for her polished song and dance routine to ‘Mr Sun’.

In between acts, the audience was treated to some superb comedy from compere Gavin Inskip, who brought the house down! A TV and radio presenter, voiceover artist and stand-up comedian who is best known as the voice of BBC3 and Discovery, we are extremely grateful to Gavin for giving up his time to host, and also judge, the talent show. Joining Gavin on the judging panel were Cllr Mrs Rosalie Standley, Mayor of Ware, and Josh Parrott from Hertfordshire College of Music (formerly PlaySomething). A huge thanks to all judges for their support and commitment on the night. 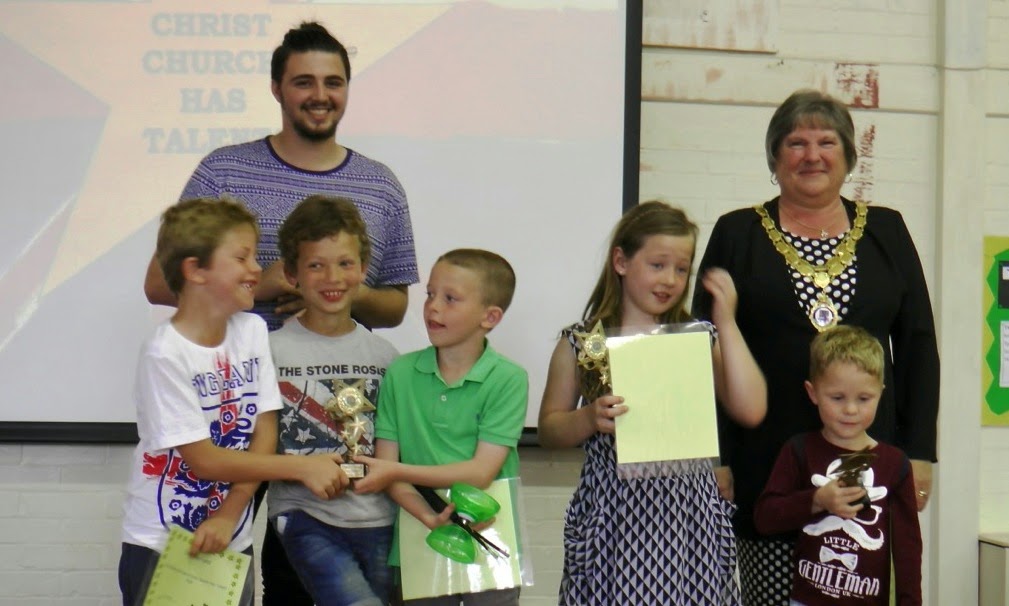 The judges faced a difficult decision in choosing their winners as the standard of entries was so high. In fact, Cllr Standley revealed that it had been ‘the most entertaining event she’d attended since becoming Mayor’! But after some deliberation, the judges awarded first prize to the following acts, across three different age categories:


Congratulations to our winners!!!!


Each winning act received a trophy and everyone who reached the final was presented with a certificate. The Mayor was also keen to point out that every single performer was a winner in her eyes – getting up on stage and performing in front of a big crowd is not an easy thing to do but our acts managed it perfectly. Well done to every single one of you – you proved that Christ Church really does have talent!

On 26th June 2014 Christ Church, as the district winners in netball, represented Hertford and Ware schools in Hertfordshire School Games which took place in Godson Park.

The games began with an enchanting opening ceremony, then the matches took place. Each team had to play five matches. We won four and drew one, which meant that as winners we went on to play the semi  final, which we lost unfortunately. Next, we had to play for the third place. This was our seventh match of the day and although the girls were exhausted, they won!

To come third may seem to some like a bit of disappointment, but I should point out that the girls actually beat the team which eventually won the competition. However, I think the girls made us all feel very proud; they showed an amazing amount of determination, resilience, as at times they were not winning and they had to fight back. The team spirit was excellent too; the girls had to keep changing positions and be able to play and support one another at all times. In my opinion, they should be congratulated on their considerable achievement; to come third out all the Hertfordshire county schools is absolutely  unbelievable. Well done to you all, the whole Christ Church community appreciate the hard work and many hours of training you have put in this year, thank you to you all.

Needless to say, the team would have not achieved this without their fantastic coaching team, special thanks to all of you. 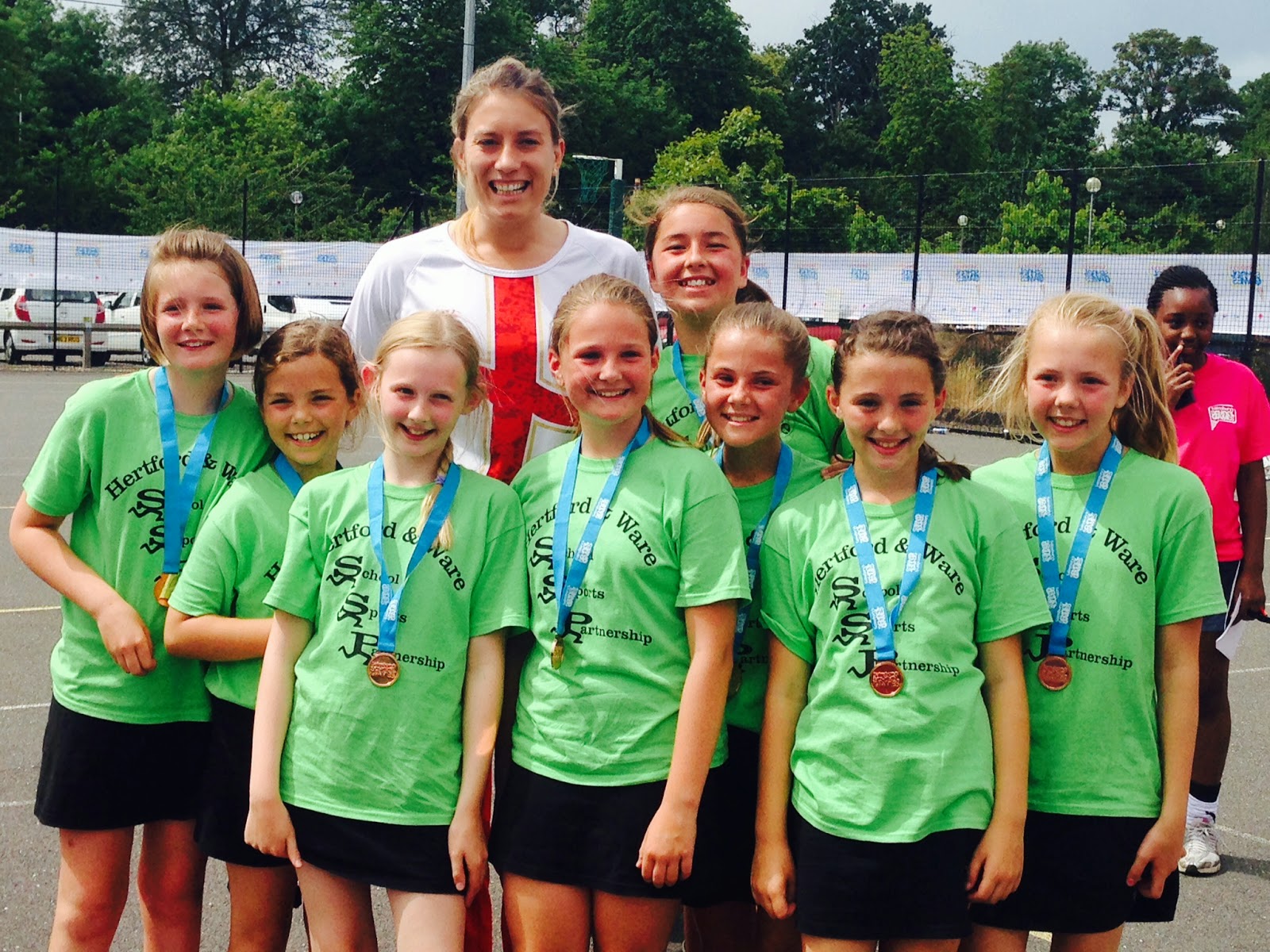 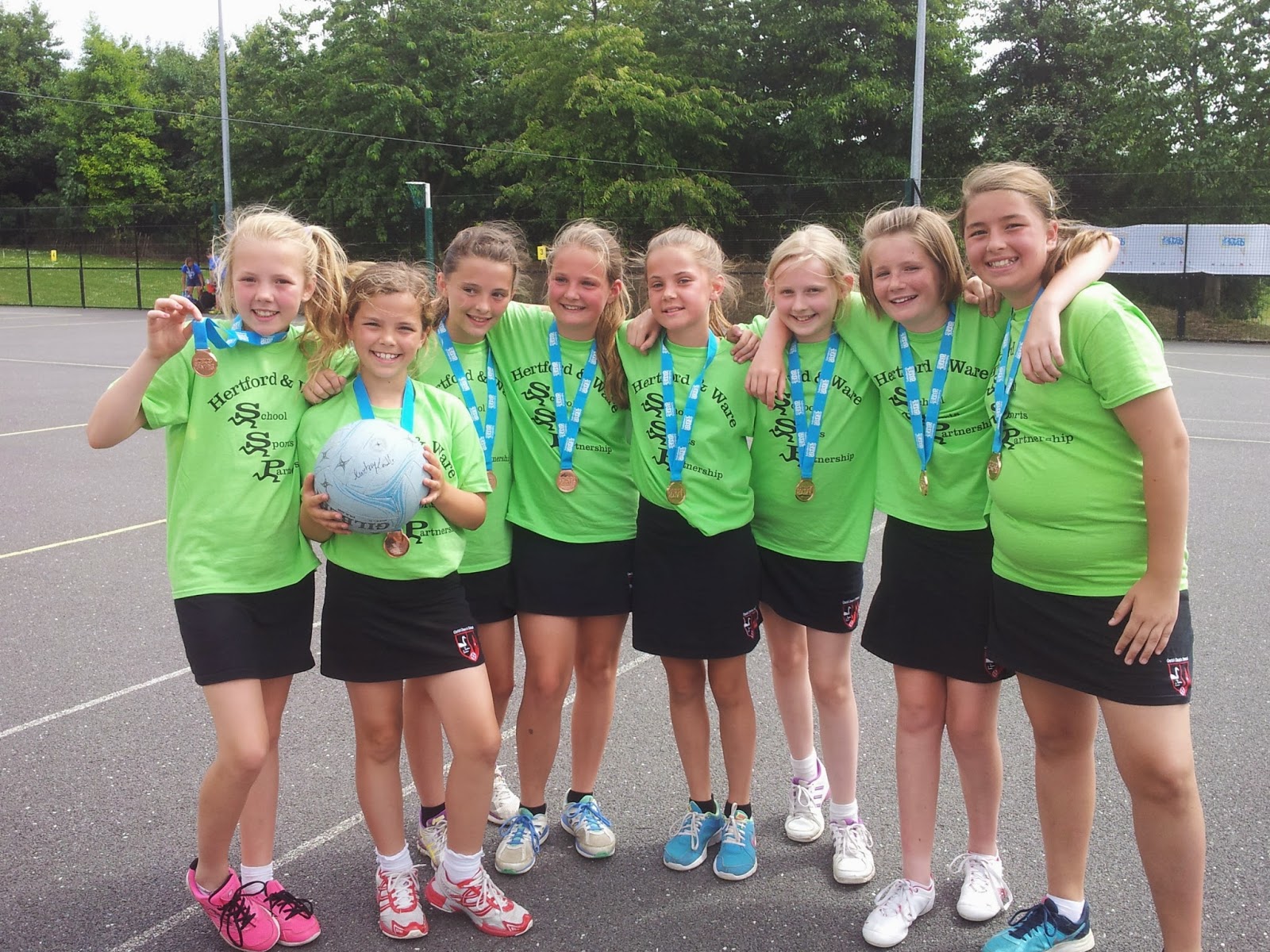 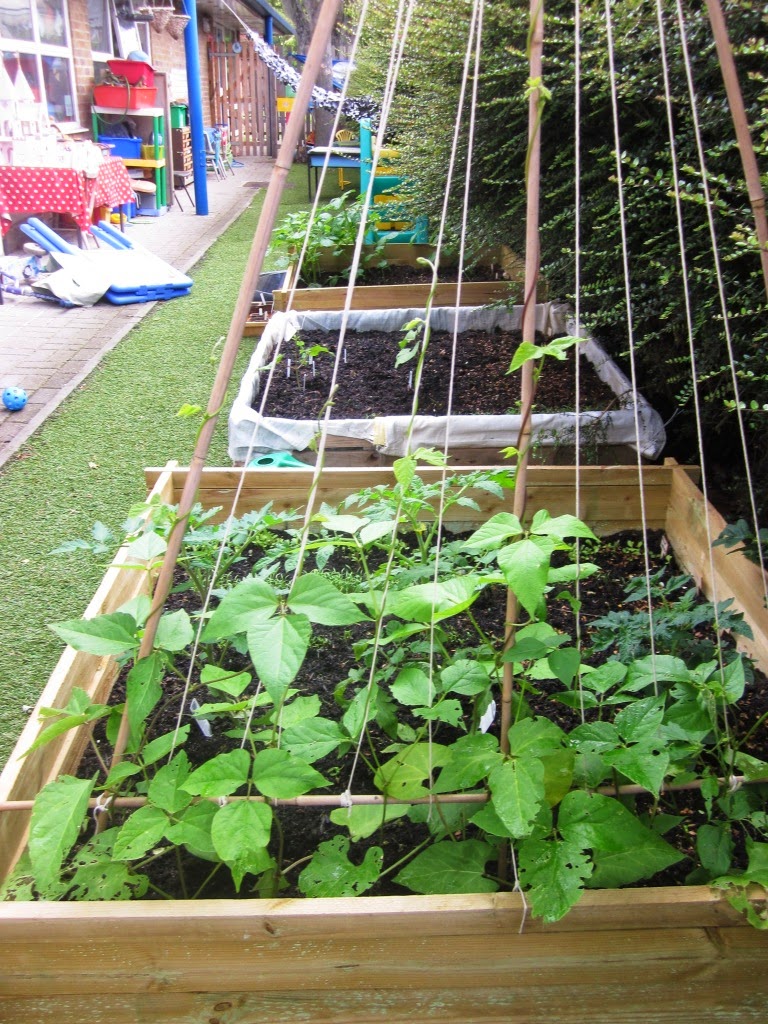 Last half term, the children in Year One had the opportunity to plant some herbs, potatoes and some vegetables. We were slightly worried about leaving them un-watered for the whole of half term (!). As it was we need not have worried, the week of rain has done wonders for them. 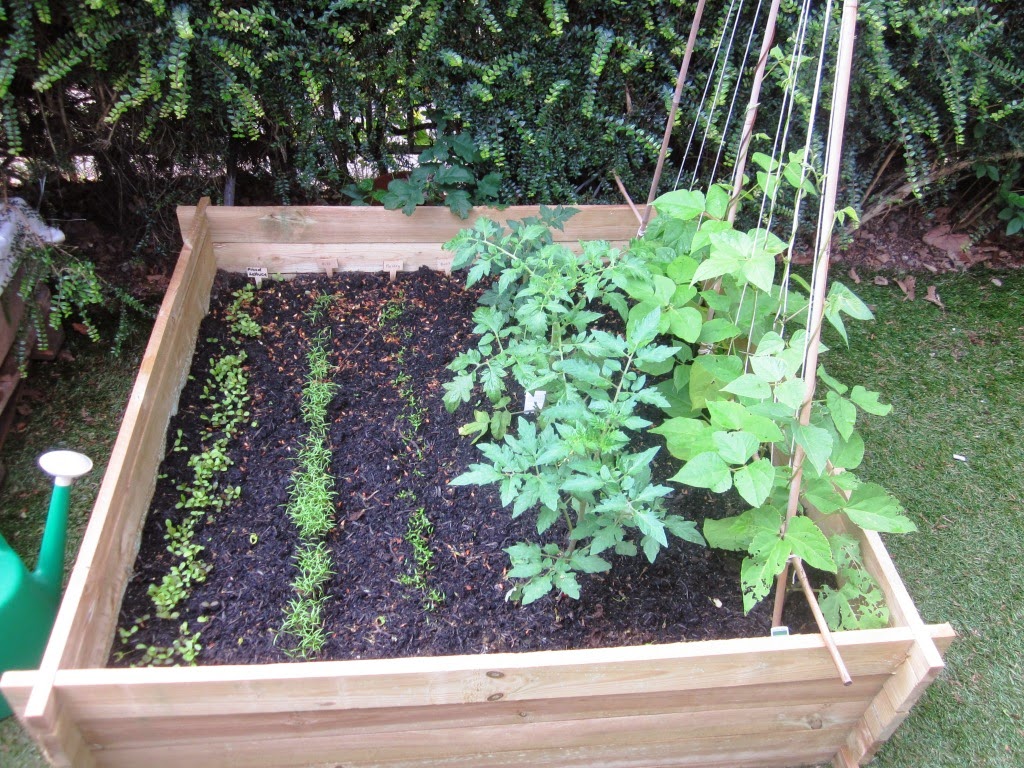 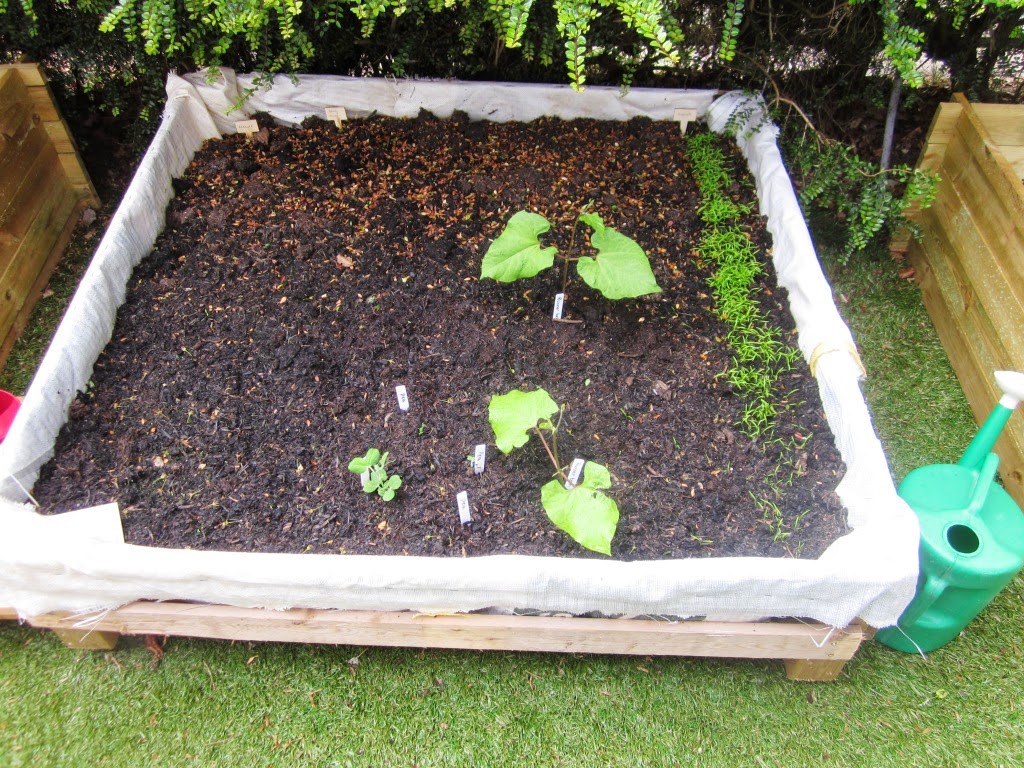 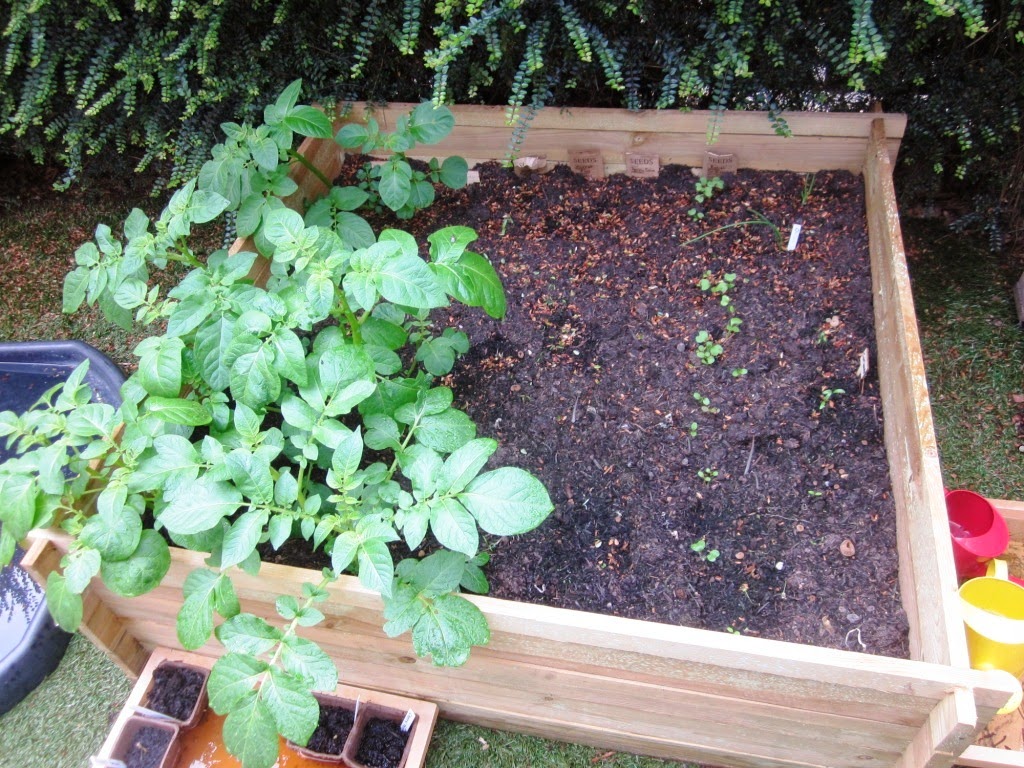 As the children entered school this morning, they all stopped and looked and the words, wow, awesome, cool, were exclaimed. They were certainly amazed at what can happen in a week.
Posted by Mrs Matthews at 09:33 1 comment: