Today, was an exciting time for KS1 - we have two trips rolled into one! Firstly we visited a toy museum so that we could view some of the toys we learnt about last term and then we explored a Motte and Bailey castle, to find out about life in this type of environment, to enhance our castle topic.

As we left Ware, the excitement on the coach was at fever pitch and many could not stop talking about what they expected to see; after half an hour or so, the signs to the castle came into view and the children could not wait to get of the coach and explore!

Once on site we split into two groups, one stayed in the castle enclosure and the rest of us followed the steep and winding path to the House on the hill toy museum. As we walked the path we saw and heard the dinosaurs who seemed to be watching us.

The toy museum was jam packed with toys from the past. The children spent a long time exploring the rooms and trying to spot certain items in the cabinets. Many "old" favourites, were also now well know by a new generation and much excitement took place at the sight of Sooty and Sweep, Dr. Who, Spiderman, Noddy and Star Wars, to name but a few. The children enjoyed following the giant's footsteps and finding out which ones activated something in the museum. A firm favourite was the one which made the Pelham puppets dance.

Playing with the Lego and creating a puppet show was fun, as was looking in the mirrors to see the funny effects they made and how strange we looked. Lots of children had a go at the rope quoits and added up their scores to see who was the winner. 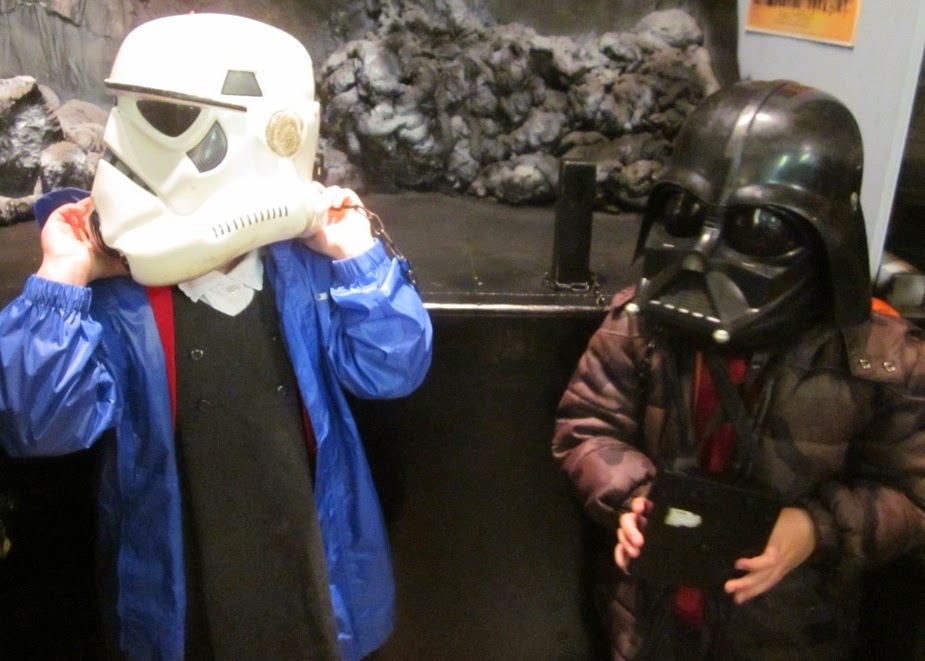 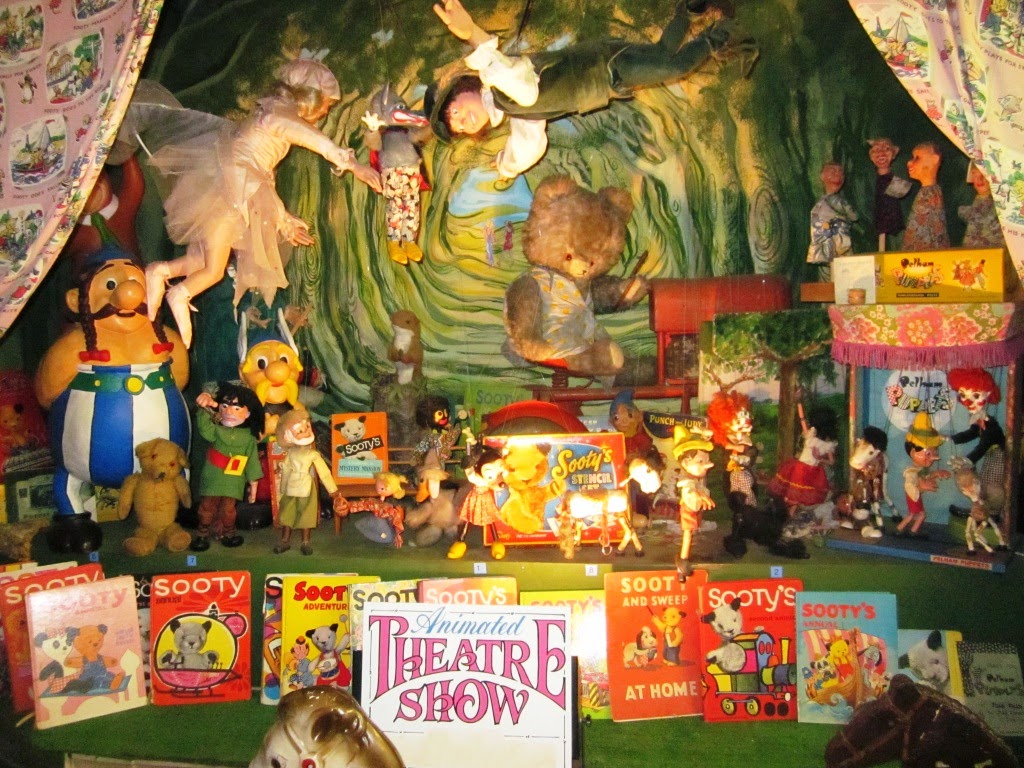 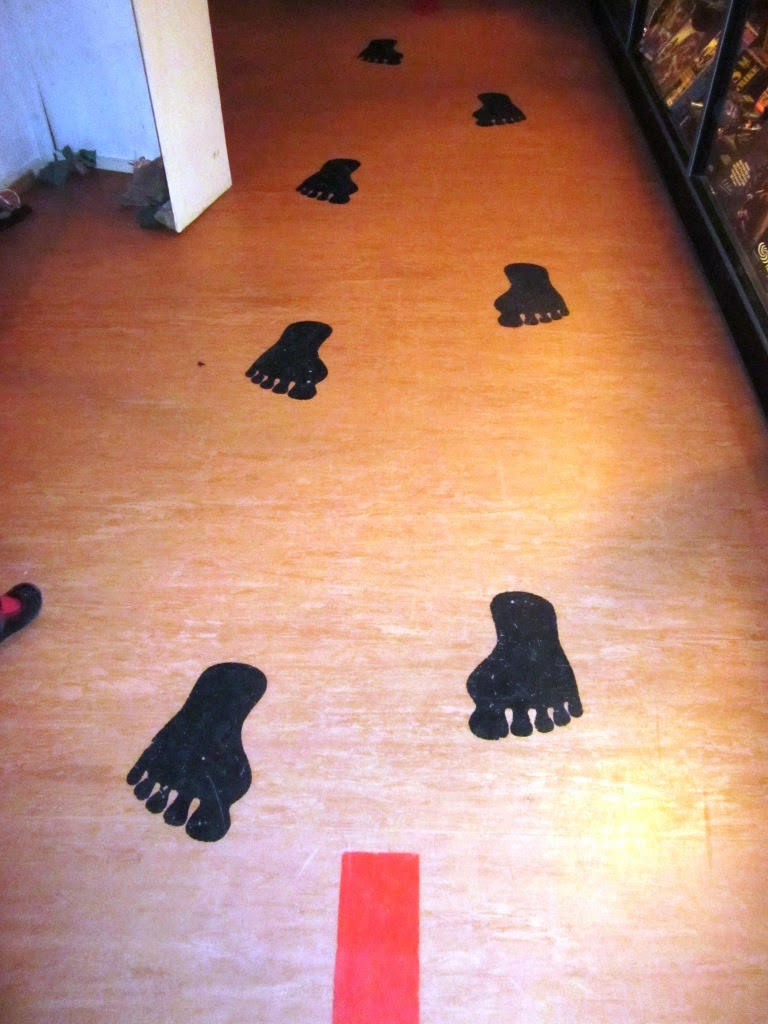 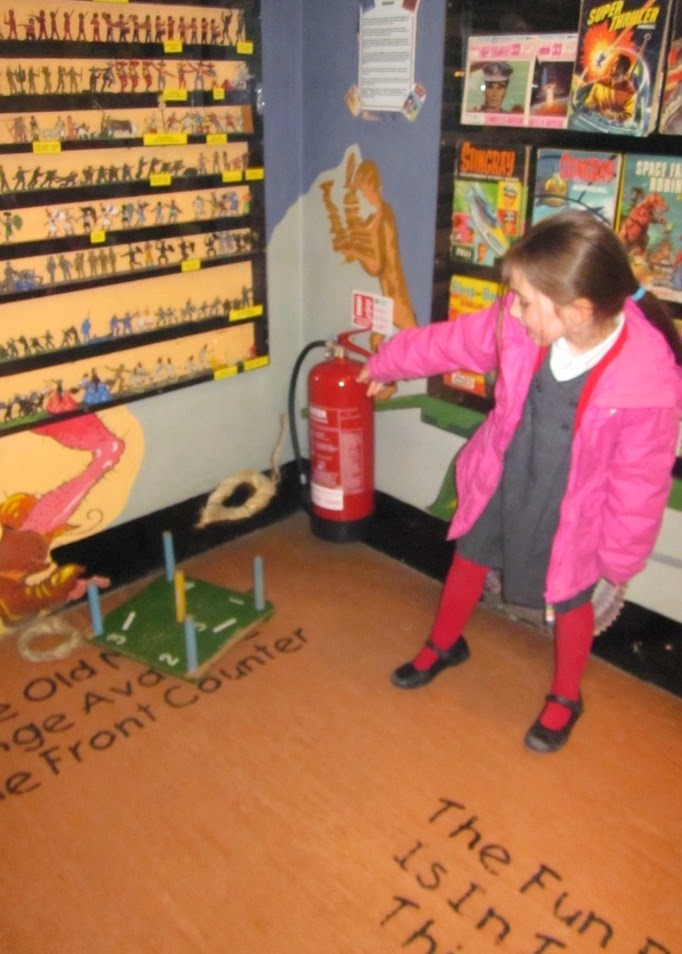 After an enjoyable morning in the museum we headed back to the castle to have lunch with the other half of KS1 and to then swap and spend the afternoon at the castle. 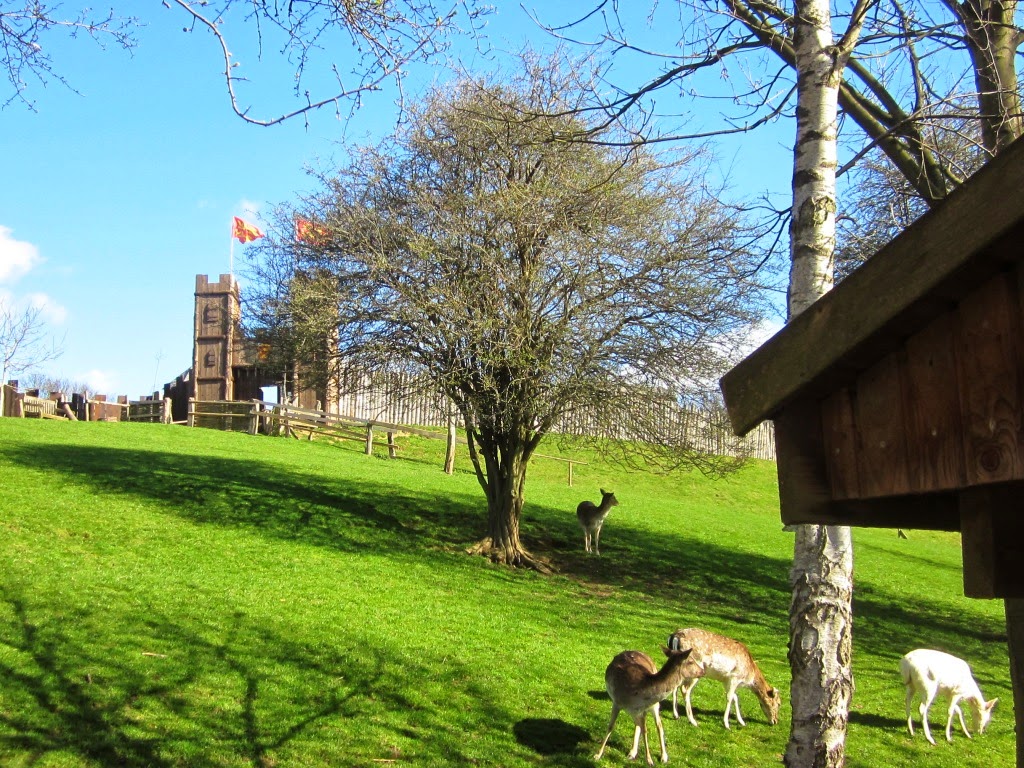 The afternoon was spent wandering amongst the animals in the castle enclosure, trying on some chain mail and helmets, sitting on the jousting horse, turning a millstone, warming our hands are the central fire and learning a lot about life in a castle and the different people who lived there. We saw peacocks, geese, doves and deer, we listened to commentaries, we looked at the exhibits and had a thoroughly enjoyable time. 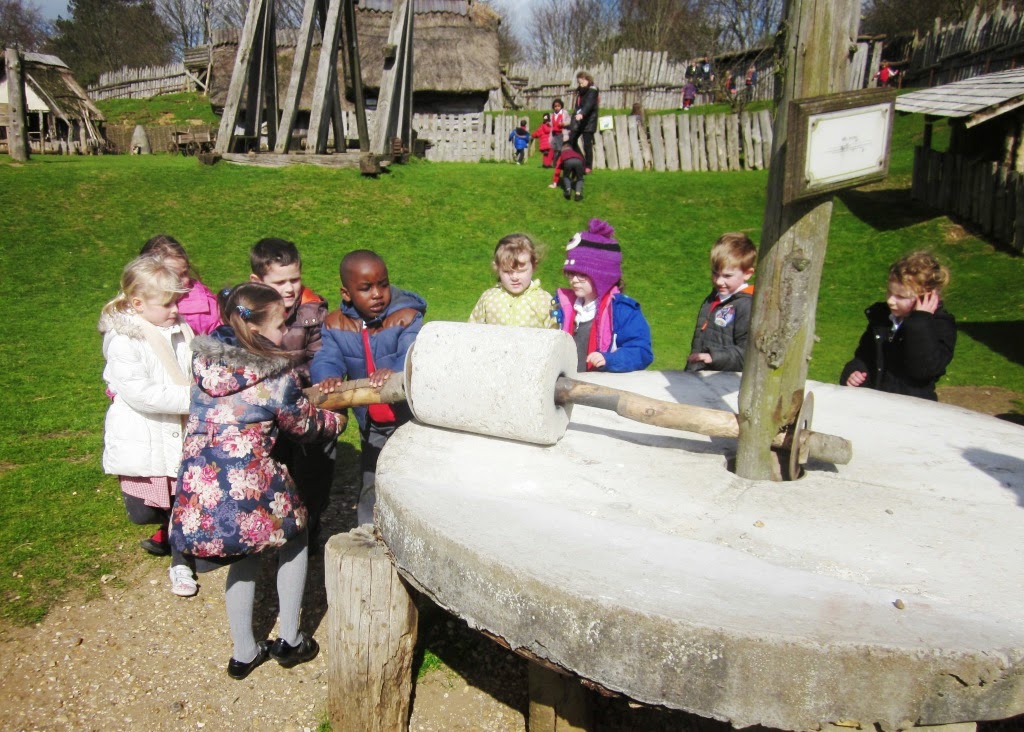 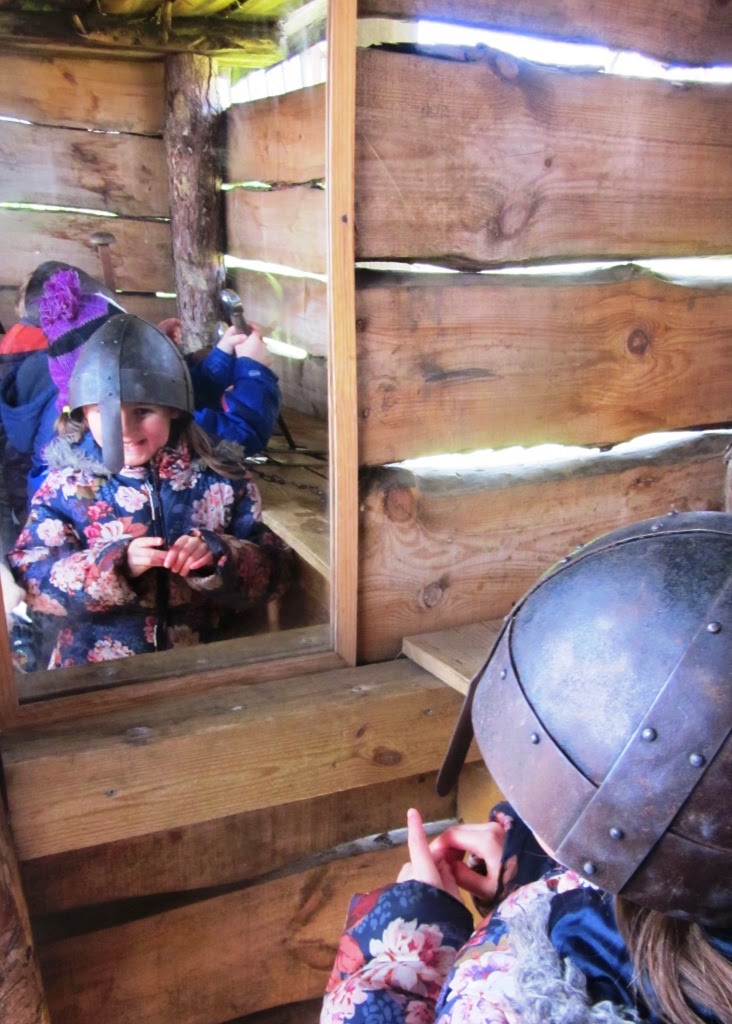 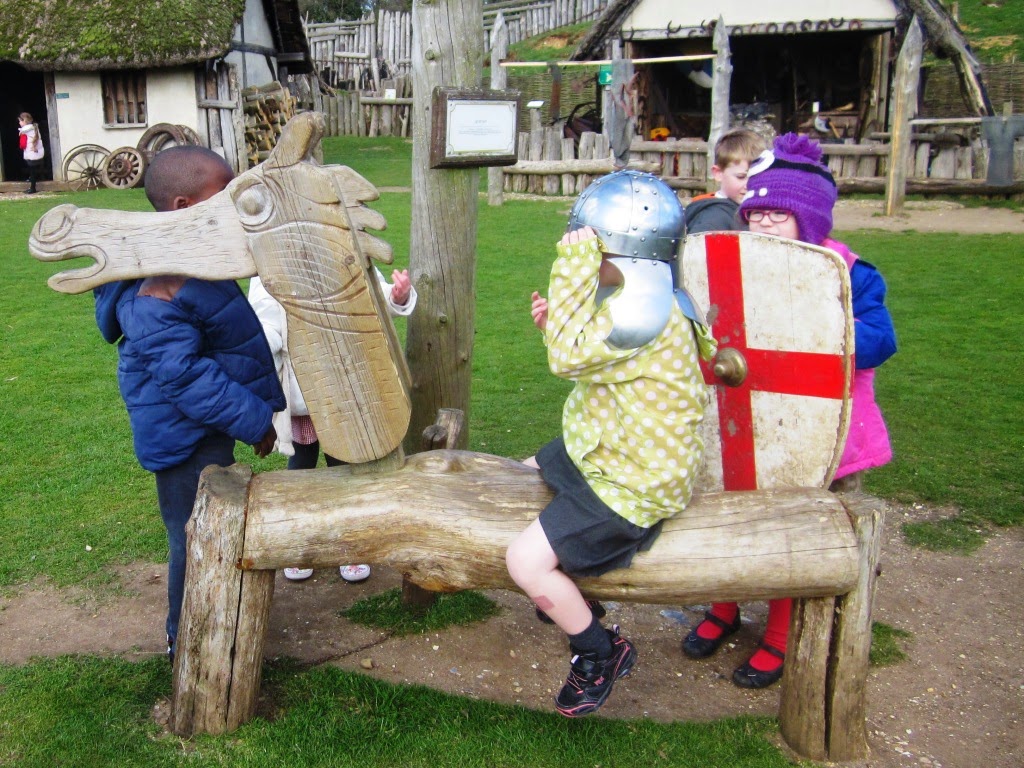 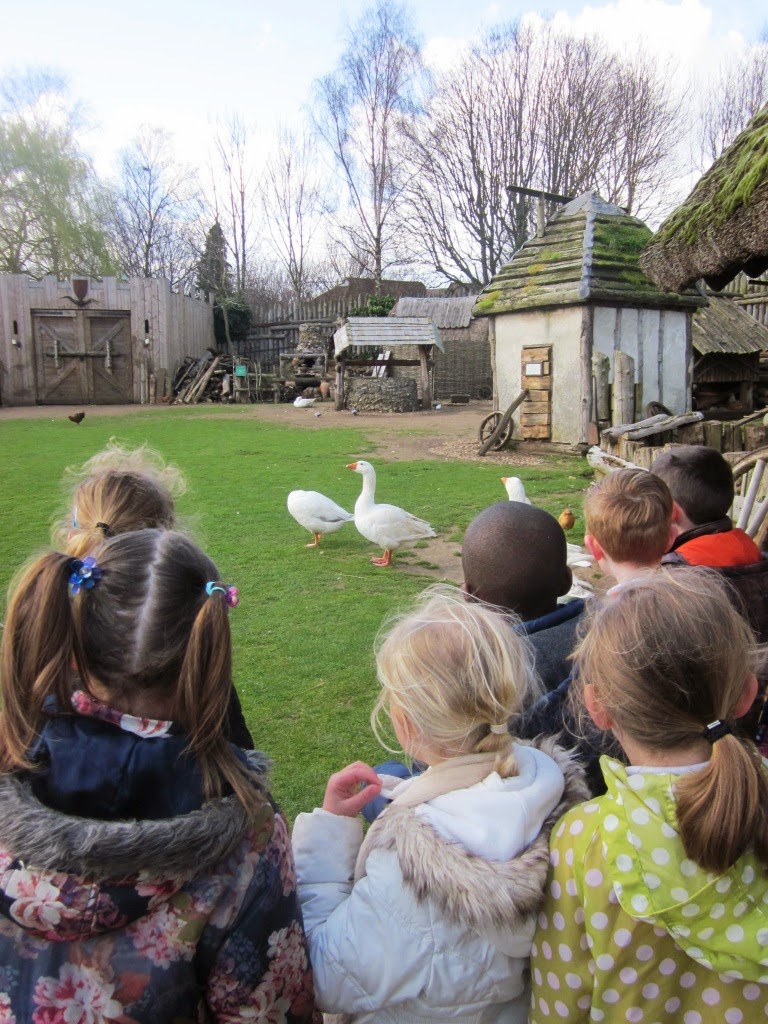 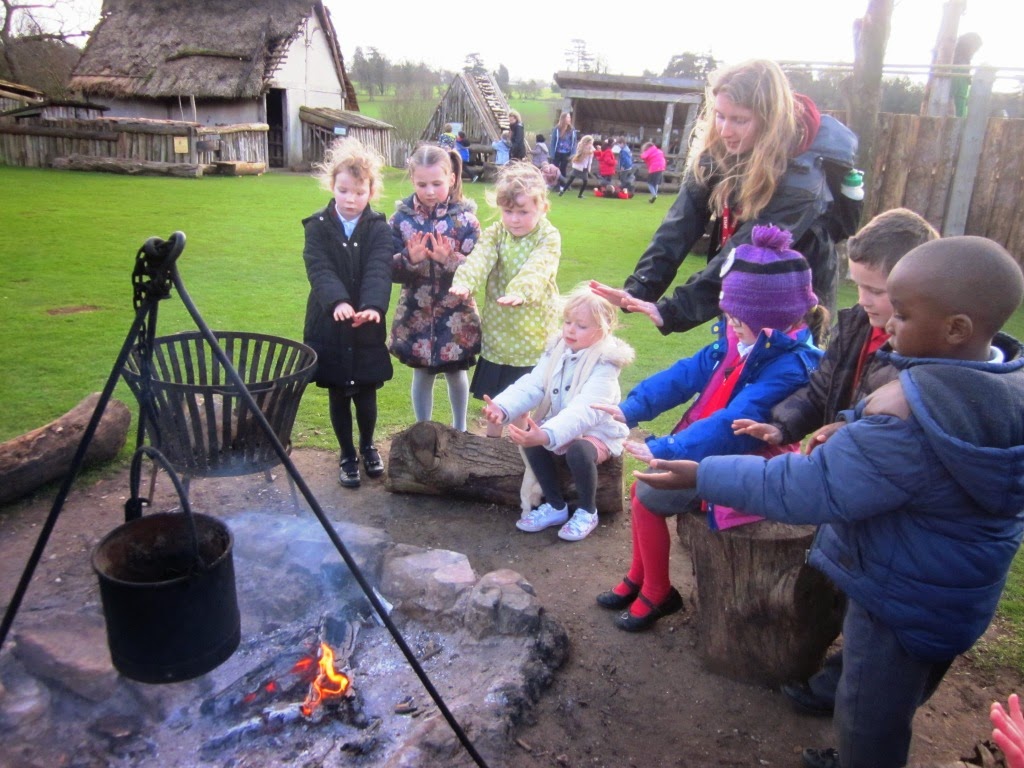 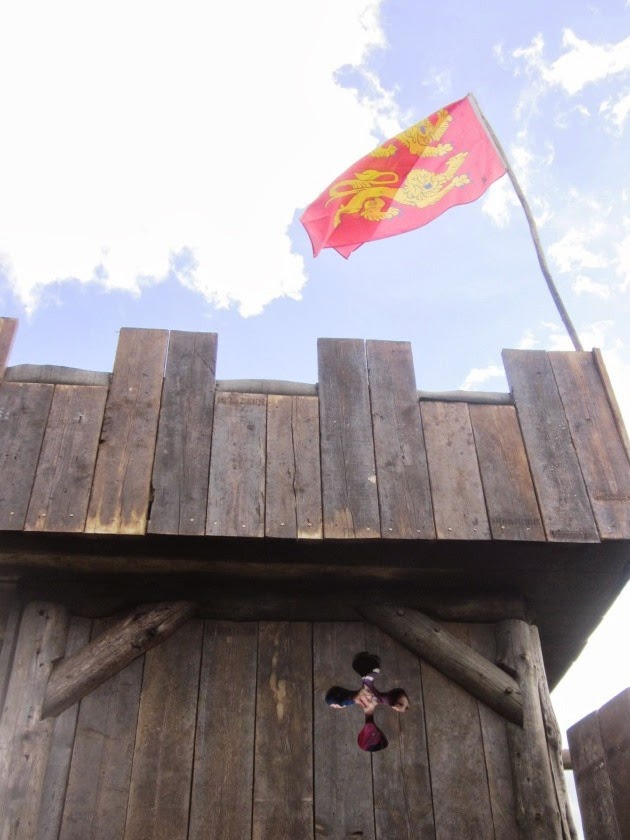 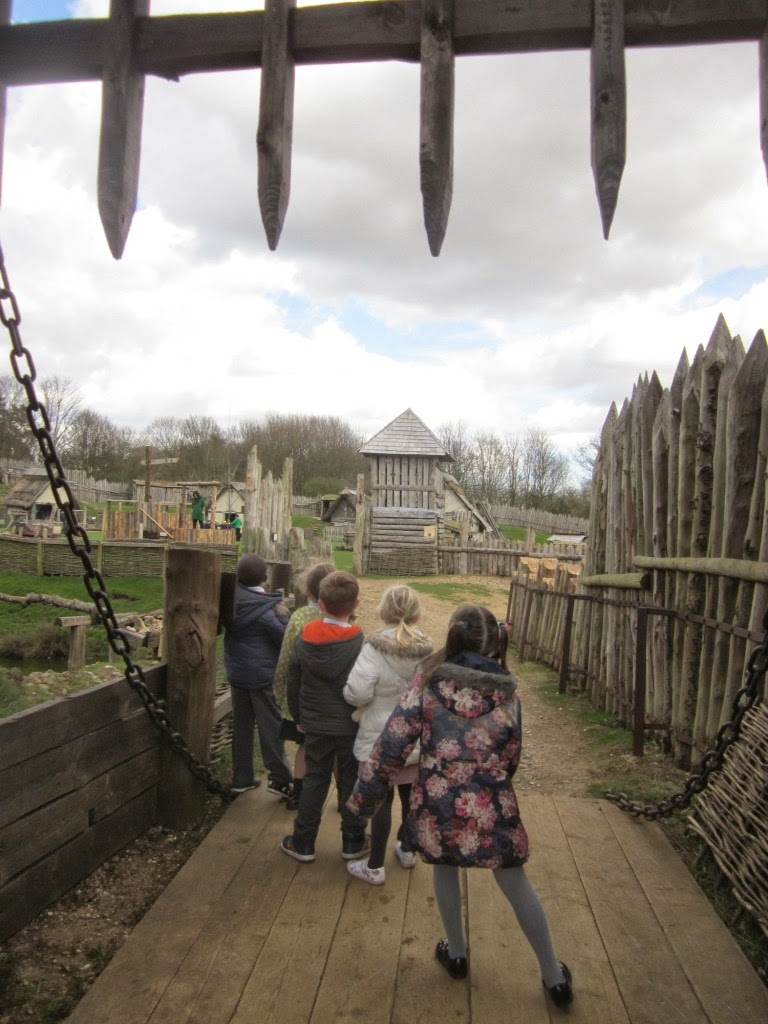 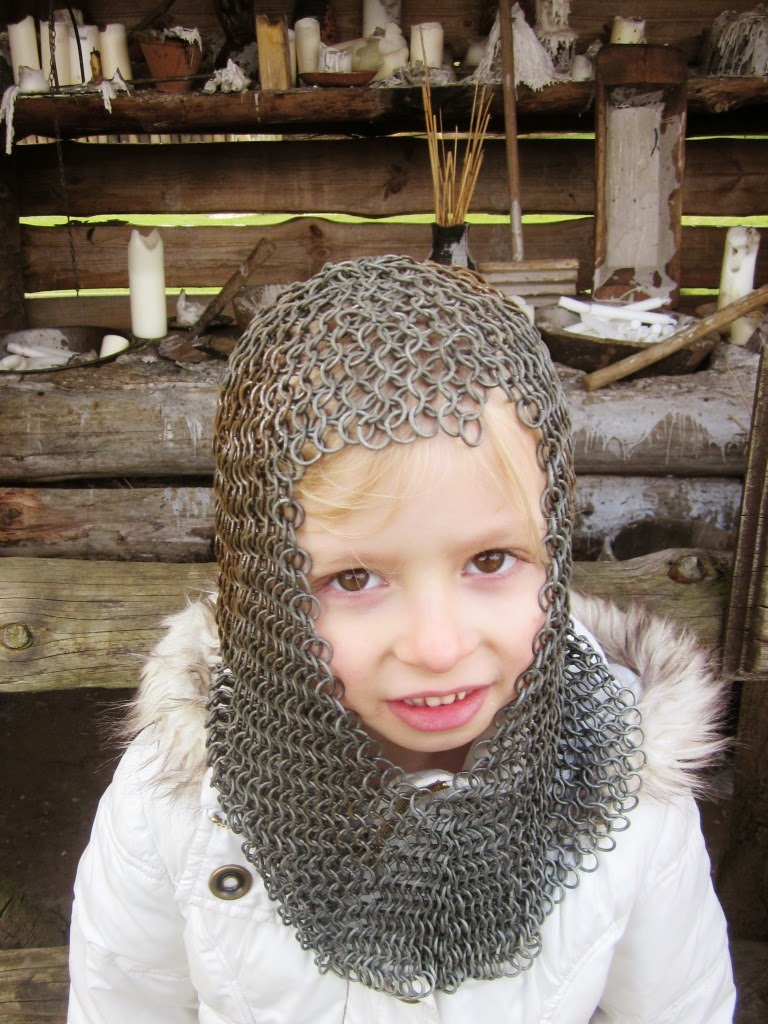 After we had returned to Ware the children said how much they had enjoyed the trip and everyone wanted to go there again. The "best bits" ranged from climbing the lookout tower, to re-enacting a battle, playing with Lego to making the puppets dance, seeing the Lord asleep in his bedroom with his cat watching over him to sitting around the fire and trying on the armour in the castle to playing quoits in the museum.
Posted by Mrs Matthews at 21:30 2 comments:

Many thanks to those, who today returned their daffodils. As you know, these were given to us by Ware in Bloom. We were pleased that Jan Wing was able to come in and view your efforts and help Hargreaves class replant their bulbs in Pam's patch. 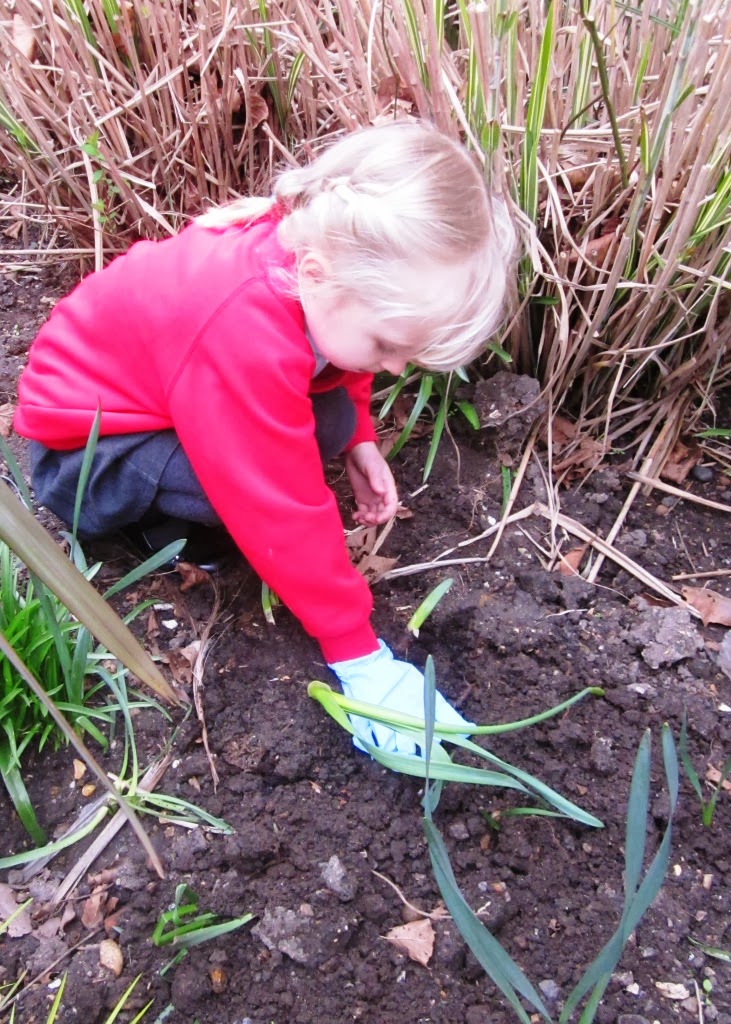 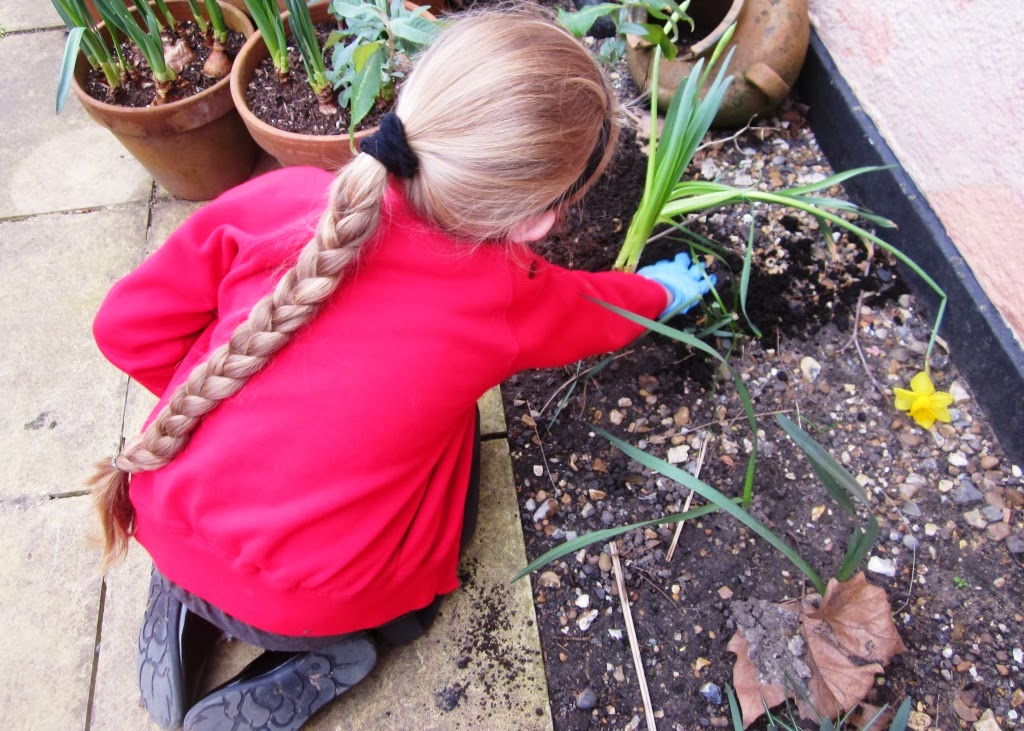 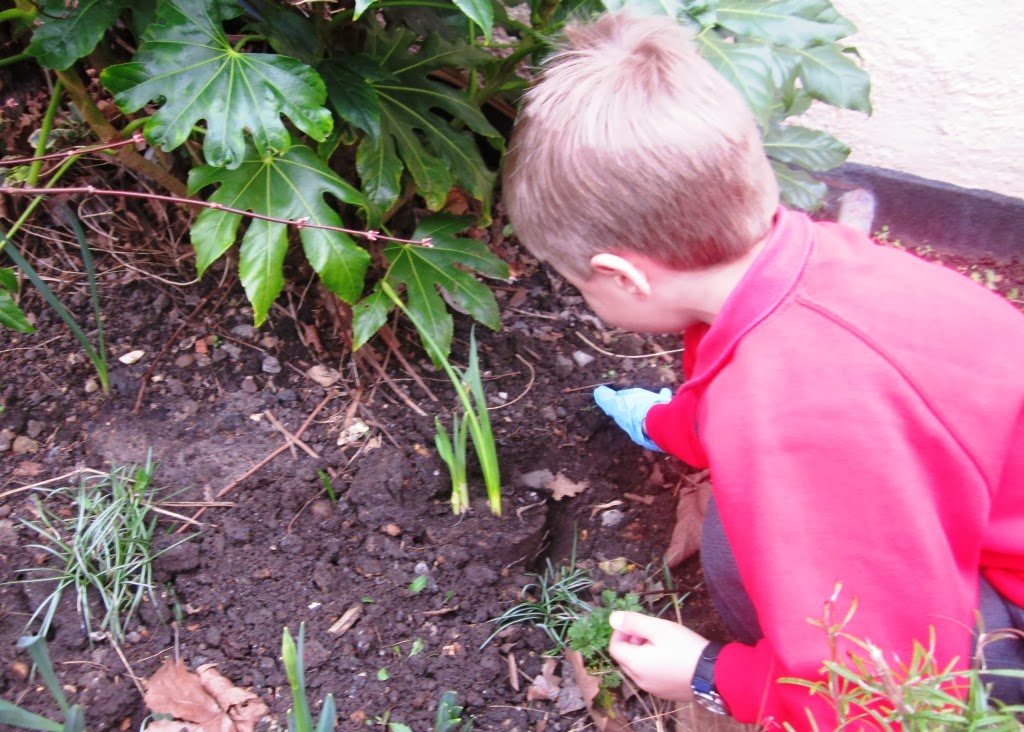 At 9am this morning the school hall was sight to behold! The smell of spring (daffodils) was in the air and the vibrant yellows brightened up the day. The children were able to view the plants during assembly.

Every child who had placed their (labelled) pot in the hall by 9am, (which was the time Jan visited and Mrs Henning and Mrs Matthews made the lists) should have received a certificate at the end of the day, rewarding them for their efforts. We were delighted that around half the school took part. Thank you.

Those children who have not yet had the chance to transfer their plants to the school grounds, will be able to do this over the coming week. many will be in the flkower beds in the main playground and so you will beable to see them blossom.

Posted by Mrs Matthews at 21:29 No comments:

After an amazing week with football and netball victories, I am very proud to announce the latest trophy won just this afternoon:  Year 5 Chauncy Mathalon 2014! 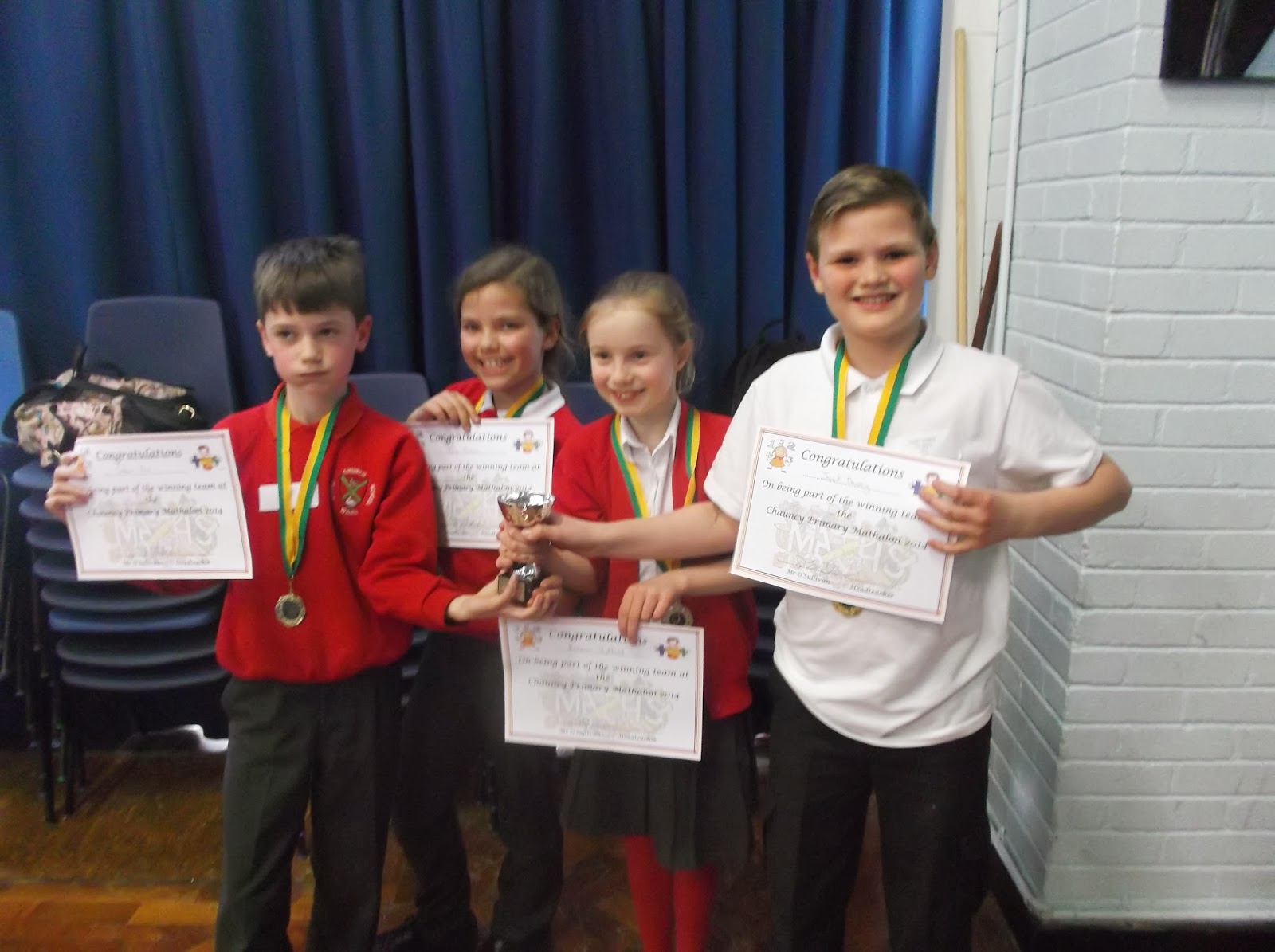 Callum, Iona, Rebecca and Jack were up against 9 other schools (36 other children) and they had to tackle five MyMaths homework tasks in just 25 minutes as well as a team event that included extra puzzles to do at the same time.  For the MyMaths task, out of all 36 children, Callum and Iona came joint 1st, Jack came 3rd and Rebecca came 4th.  An amazing achievement by all!

The children not only display fantastic mathematical skills - all the questions were Level 5 - but they demonstrated such positive attitudes towards team-work and they each gave 100% to whatever was being asked of them.  Their success was richly deserved!