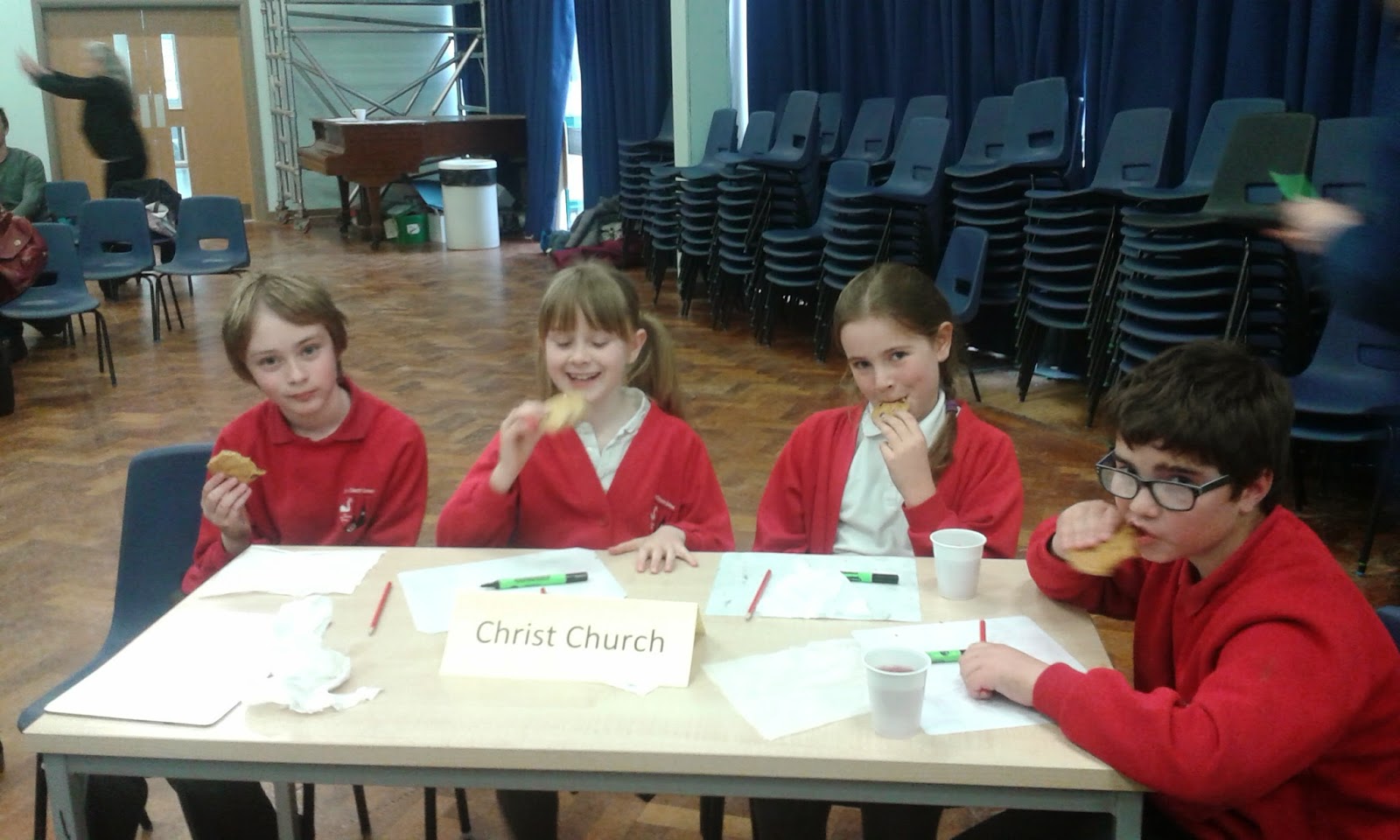 Frankie, Isabel, Zoe and Toby proving that maths gives you a big appetite!

The children were a credit to themselves, their families (who came to watch) and their school for their team spirit, perseverance, resilience and determination - and many more Christ Church values.  They competed magnificently and came a very close second in the end, losing out on first place by a mere five points - the closest result in years we were told.  Well done Year 5 - you should be so proud of your achievement! 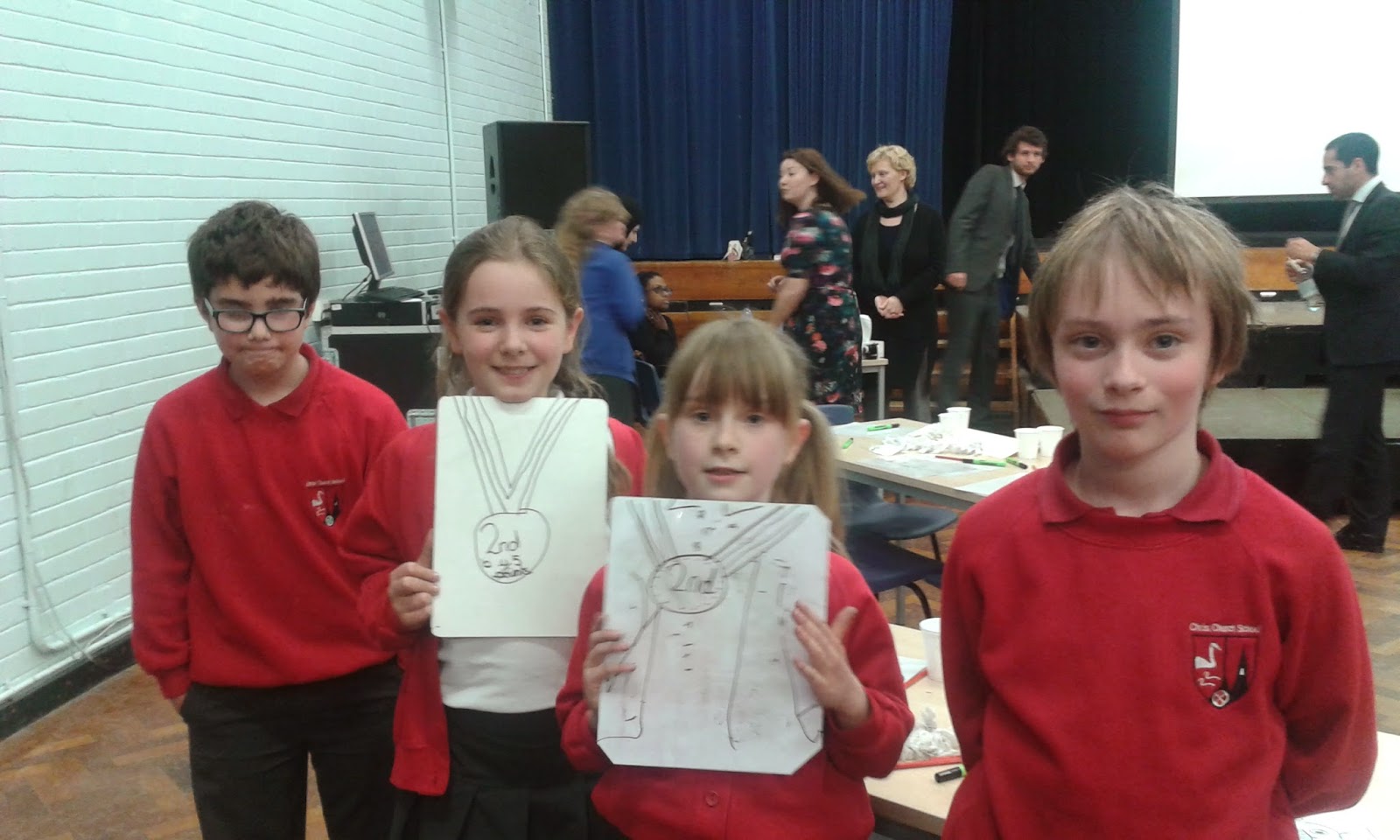