Reception fun in the snow - part 1

McKee and Carle enjoyed their day in the snow today. We took part in lots of outdoor learning and had loads of fun at the same time! 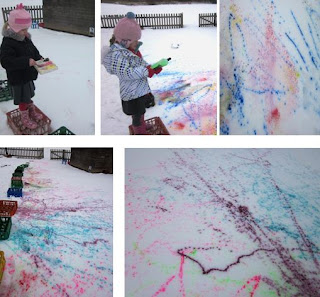 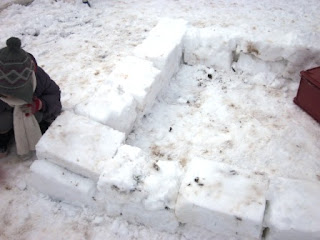 We started to build an igloo, by packing snow into a box and building with the bricks. However once we had pretty coloured snow this developed into a magical castle. 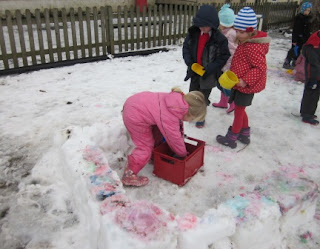 H - We had to scoop up the snow and make it into bricks.
Z - It would be cold in an igloo with no roof.
D - We piled the bricks on top of each other.
J - I liked putting the snow in the boxes best.
E - I enjoyed making the colourful igloo castle.

The children used the buckets and spades to make snow castles and shapes such as triangular prisms, cuboids and cylinders. C - Snow castles are a lot easier to make than sand castles. 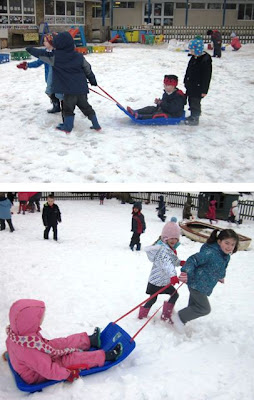 A polar expedition seemed to take place, with children taking turns to pull each other on a sledge, pointing out the imaginary icebergs, penguins and rivers they encountered. They finally found land and a house! 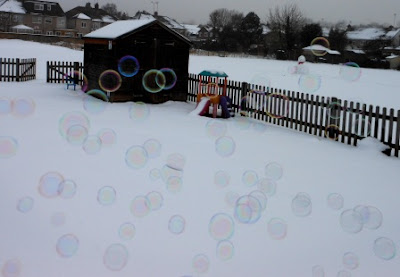 We also blew bubbles and were amazed how much easier it was to see their colours against the white of the snow. The children squealed with laughter catching them and those who were beginning to feel the cold suddenly found themselves a lot warmer after running and jumping.

We have so much we want to tell you we will have to come back later with a second post.