KS1 in the snow

This morning, when we arrived at school, it had been snowing and fortunately for us most of KS1 were wearing suitable outdoor clothing. This meant that this afternoon we were able to go outside and investigate the snow. 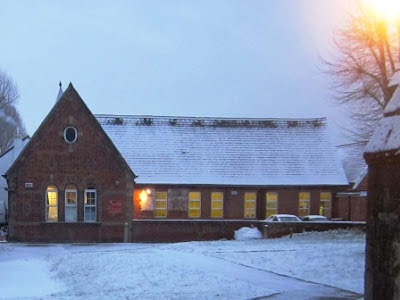 The year 2 children in Potter looked at the speed the snow was falling and counted how many snowflakes landed in a 10cm square in a set amount of time. They calculated that 88 fell in this area in a minute. 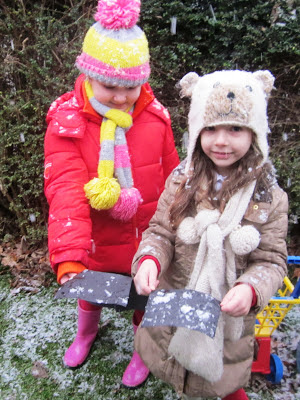 The Year 1 children were all in Hargreaves, for their joint session, and so the watched snow melt under the visualiser. Grace said it looked just like bubbles popping and most found it funny that the visualiser kept try to refocus every time the ice moved. Some children went outside and caught snow on pieces of black card to see if they could see the shape of the crystals.This was quite tricky but we manage to see a few before they melted. 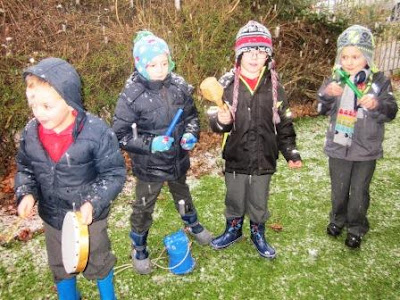 A merry band of musicians were undeterred by the snow and made a parade outside, playing snowy music and singing at the tops of their voices. A small group tried to sweep it into a pile so that they could get to the sand tray but their effort swere in vain, because the snow got thicker and faster. 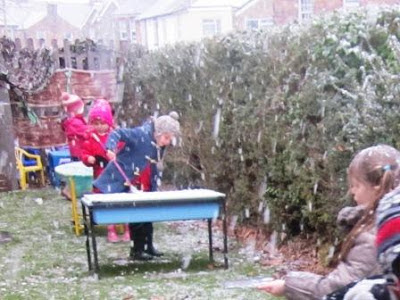 Out on the playground Miss Stickley, Mrs Matthews and a group of girls tried catching the snow on their tongues. Abi said it tasted just like water. She then told us that was because it was frozen water. It was harder than we thought and most people seemed to get more in their eyes than on their tongues.

Some of the children tried writing their names in the snow and Eloise attempted the alphabet, but had to give up a the letter R because her finger was too cold! We also enjoyed looking at the shapes left when we moved items that were laying on the floor, such as a bike, a rake, a glove and a flower pot.

Once every one had finished outside, we settled down to the indoor activities and lots of great pictures were drawn and stories were written about what to do in the snow. Naomi wrote and illustrated a story about herself building a snowman from a pile of snow and getting very cold. 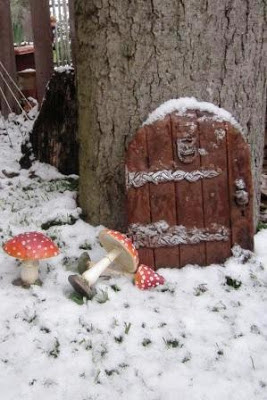 Finally we checked on the door in the tree to see if there were any tiny footsteps in the snow. What do you think?
Posted by Mrs Matthews at 17:51