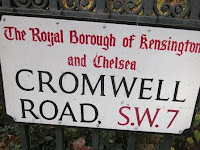 Last Tuesday Hargreaves, Butterworth and Potter went to visit the Natural History Museum in London. All three classes have enjoyed their learning about Dinosaurs and were looking forward to a chance to see the "real thing".

Everyone had their own particular item that they wished to see. Miss Vidler was looking forward to the volcano section, Archie hoped to see a Parasaurolophus,  Amy wanted to see a T-rex and Mrs Matthews was particularly looking forward to seeing Dippy the diplodocus again, she remembers frequent trips to see him when she was in primary school.


After an exciting coach trip which was full of children talking about what they might see, we arrived and enjoyed the privilege of being able to by pass the queue and go straight into the museum.


The groups then split and made their own way around the galleries, all keen to make it to the Dinosaur section. It was here that we encountered the moving T-Rex and saw the nest of eggs. We also saw a map of Pangea which was recognised by many of the children!

Amongst the other galleries visited by the various groups were the mammals, the earth, the cocoon and the fossils. After visiting the dinosaurs, one group were pleased to bump into a curator and she showed them two skulls. One was from a panda and the other from a Sabre toothed tiger, which is now know as a sabre toothed cat.
We ae our lunch in the special dining room and then travelled home. Most of the children thought it was very late because it was dark outside.
The children thought it was a good trip and many want to go again. There was so much to see and learn whilst we were there. On the coach back we passsed lots of Christmas lights and decoration, which caused much excitement.
I loved the T-Rex, he was noisy but funny - A, We ate in a big room just for schools - E, The dinosaur eggs were just like the ones in our classroom - G
We also made an online scrapbook whilst in the museum and if you vivit their website and enter the number 1080 0428 6056 2653 or 1080 0548 6158 2603 you will be able to see what two groups created.