Adrian taught the pupils eight of the most important muscles in the human body; quadriceps, hamstrings, pectorals, calves, triceps, biceps, deltoids and abdominals. In small groups the pupils completed a training circuit to work out each of the muscles. This included press-ups, sit-ups, bicep curls and triceps dips. Everyone got really involved and took on board the helpful advice from Adrian’s team. 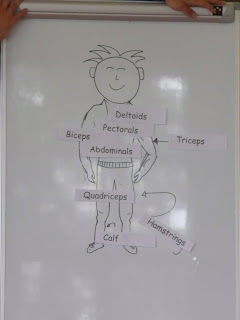 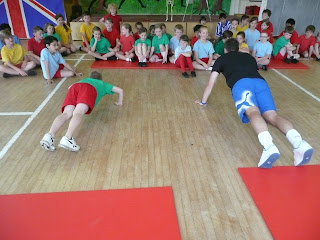 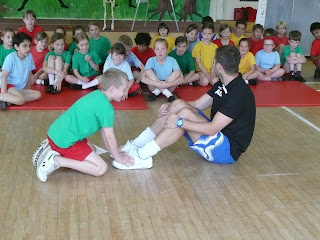 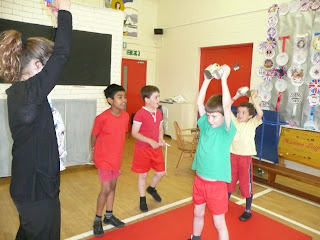 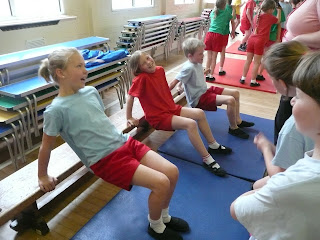 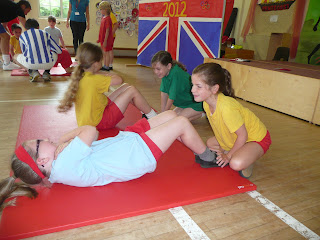 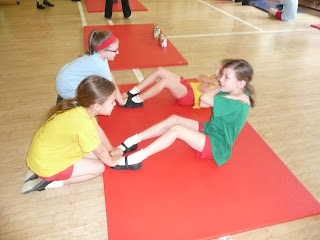 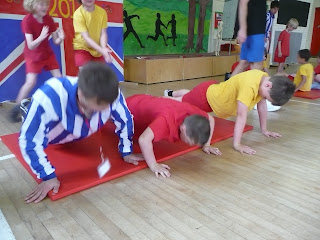 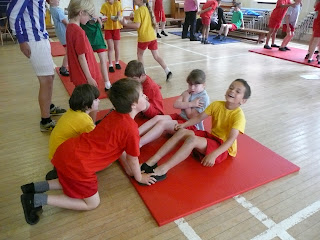 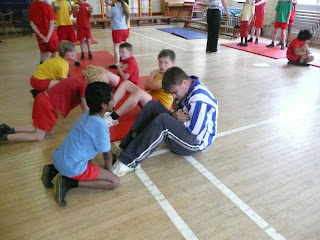 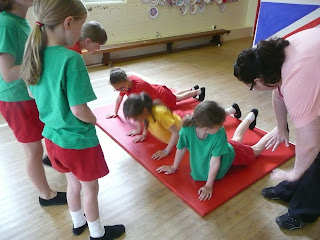 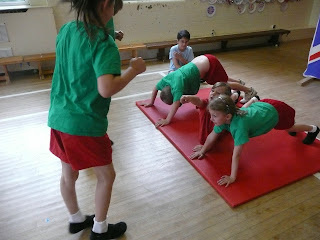 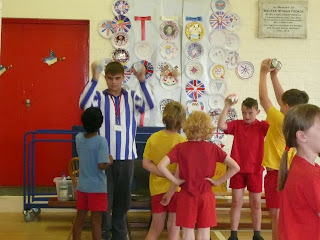 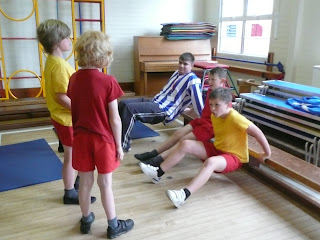 Lewis Class followed up their lesson by labelling a body and matching photographs from their circuit training to the muscles which were exercised. They then learnt the main bones in the body, and how these work together with the muscles to create movement and support. After learning the parts of the skeleton, each pupil was labelled with the name of a bone and we took to the field to create a giant human skeleton! 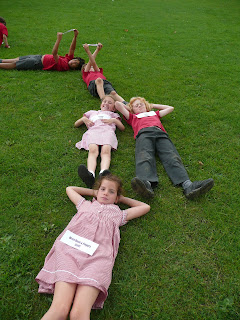 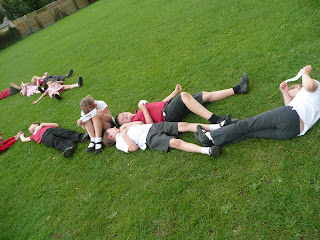 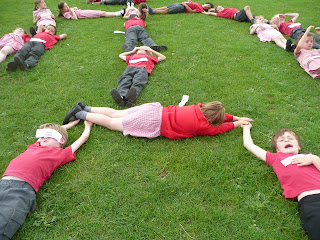 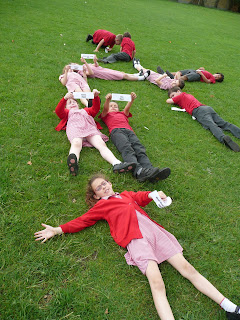 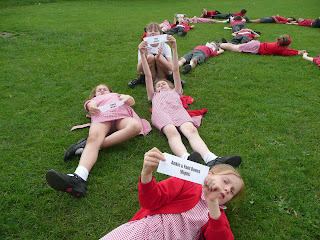 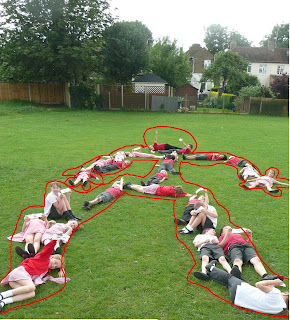 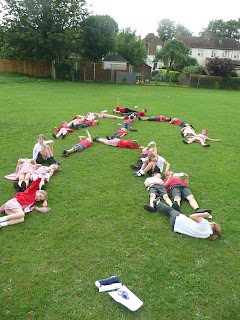 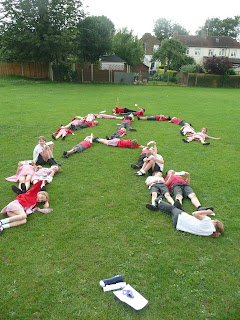 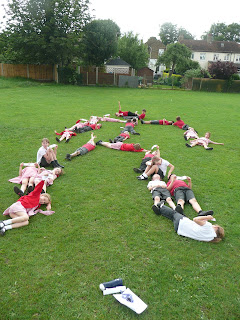 This was a great success and reinforced how all the bones need to work together in the body. The class was very impressed with their work when they saw the photograph of the skeleton they had created.

To tie into our Olympic theme the class took all their new knowledge and inspiration from Usain Bolt, to practise their sprinting techniques.

We watched a video clip of Usain Bolt, the current record holder for the 100 metre sprint, at the Beijing Olympics. We also looked at the history of sprinting, and how the smallest things can make a big difference, such as wind resistance.

These athletes all used the crouched 'On your marks - Get set - Go' positions at the beginning of the race. The class practised this to improve their own sprinting. They also incorporated techniques such as focusing on the track and holding their breathe as they 'Get set' and releasing it for the bang!

Year 3 and 4 would like to thank Adrian and his team for an informative and enjoyable morning.

Email ThisBlogThis!Share to TwitterShare to FacebookShare to Pinterest
Labels: Year 3 and 4